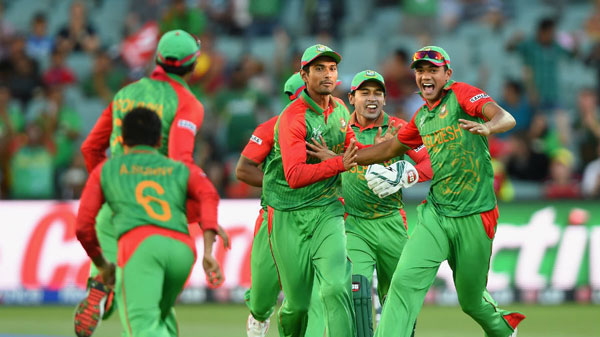 England scored 163 runs for the loss of six wickets with 36 overs to target of 276 runs in the 2015 World Cup Group A match at Adelaide Oval to hunt on Monday.

Earleir grabbed the slip Bangladesh Ali Moeen through out.