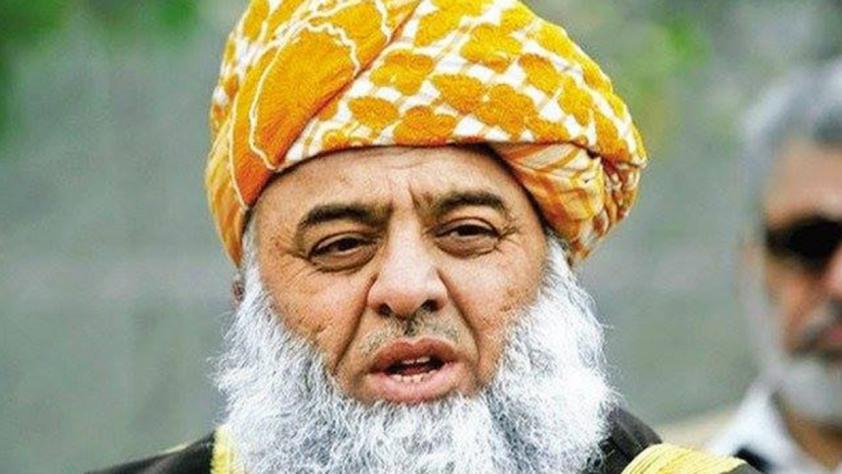 During a press conference at a local hotel in Islamabad, Jamiat Ulema-e-Islami Fazl (JUI-F) Chief Maulana Fazlur Rehman asked the Pakistani armed forces to launch a military operation against women wearing jeans all over Pakistan, reports the new Indian Express.

According to him, the immodesty of women is the cause behind earthquakes, inflation and other kinds of disasters.

Fazlur Rehman went on to say that a woman who is not covered like a 'sack of flour' is a mobile weapon of mass destruction for her state and that Pakistan has multitude of such nuclear missiles in all its major cities.

Rehman then blamed 'immodest women' for the Baluchistan crisis, lack of energy supply and the deteriorating security situation in Pakistan.

Fazlur Rehman was suggesting that, if these women are wrapped in sacks and kept inside homes and if the Shariah law was in place, then the Taliban brothers would not be attacking Pakistan.

Fazlur Rehman also talked about the demerits of the operation against the Tehrik-e-Taliban Pakistan (TTP). Justifying his angst, Fazlur Rehman said that Taliban were not Pakistan’s enemy and the forces needed to target the real enemies of Pakistan.

Providing a solution he continued saying that once Allah stops delivering his wrath via the Taliban, the economy would automatically improve through foreign investment leading to improvement in the energy situation.

Rehman then openly requested the army chief and the prime minister to openly declare war against Pakistani women and launch a military operation.