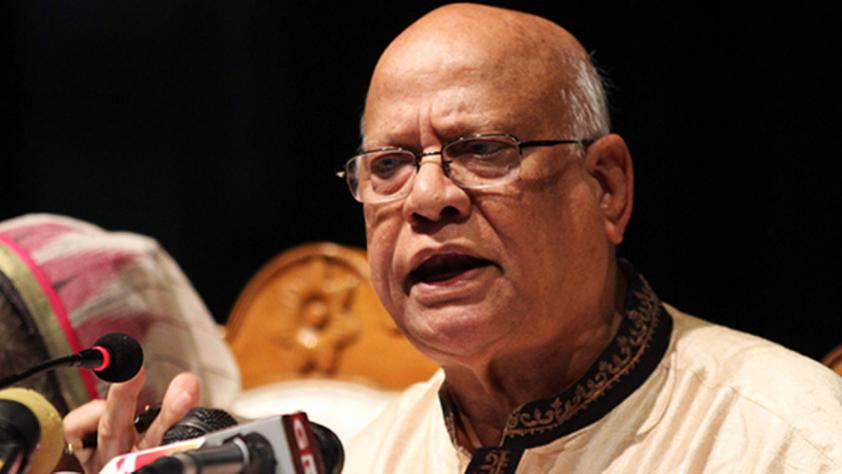 Finance Minister AMA Muhith will place the country’s 44th budget in the Jatiya Sangsad at 3:00pm on Thursday, the size of which is Tk 295,272 crore.

With this, the number of national budgets presented by Muhith stands at seven, which is first for any Bangladeshi finance minister.

The finance ministry in a statement said, “By presenting budget seven times in a row, Finance Minister Abul Maal Abdul Muhith is going to set a rare example.”

However, earlier during HM Ershad’s regime Muhith presented two budgets. As a result, with this Muhith will present his ninth budget which is the second highest regarding placing budget.

If Muhith continues for the rest of the present tenure of the government, he will touch the earlier record.

Muhith not only set a record by placing budgets for seven times in a row, he has also presented the biggest budget in size.

Muhith first presented budget in FY1982-83 during Ershad regime and it was of Tk 4,738 crore and the first budget in the Awami League led government’s third tenure presented by Muhith in FY2009-10 was of Tk 113,815 crore.

In six years the size of the budget increased three times and Muhith is going to present next budget worth around Tk 300,000 crore.

The size of the first budget of Bangladesh was Tk 786 crore which was presented by Tajuddin Ahmed in FY1972-73.

Pressure of the traditional expenditure is putting the finance minister in a difficult situation. This includes enhanced salary of around 13 lakh government officials and employees, expenditure on interest payments and subsidies. A big portion of non-development budget will be eaten up by these three heads.

The budget, India’s Narendra Modi government presented recently announced a package programme to increase investment. But, the next Bangladesh budget will not have any such programmes, sources said.

However, the budget will have some small allocations which are expected to boost the poor people and productive sectors.

A document titled “Budget Thoughts on Children” will also be placed in the parliament.

A finance ministry official said the document will give a detailed description about “which ministry does what” for the children.

The official also said in the next budget necessary allocations will be increased to speed up completion of some big projects taken up by the present government.

Like the current FY, the next budget also projects high revenue earning targets. However, there will remain uncertainty about whether these will be implemented finally.