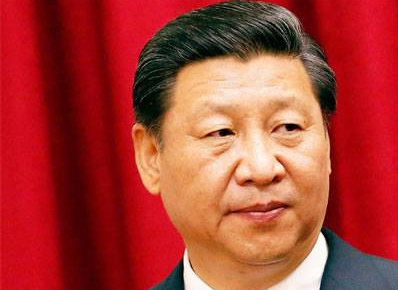 China has set a growth target of 7 per cent for 2015, lowest in two decades. The lowered ambition reflects declining exports and foreign investments besides the government's fear of slipping into a "middle income trap" along with problems like industrial pollution.

"Downward pressure on China's economy has continued to mount, and we have faced an array of interwoven difficulties and challenges," Chinese premier Li Keqiang said while explaining why he chose a gross domestic product target that was even lower than the achievement of 7.4% in 2014.

China would end 2015 with the highest ever budget deficit of 2.3 per cent of gross domestic product against last year's 2.1 %, the premier said. The country has entered an era of low growth rates, which is the "new normal" he told the 3000-strong session of deputies at the National People's Congress, the parliament. The low target in the world's second biggest economy is bound to cause apprehensions in several national capitals because the Chinese economy has been driving economic growth in several countries. Chinese planners delivered an average growth of nearly 10% in the 35 years between 1978 and 2013.

"In order to defuse problems and risks, avoid falling into the 'middle income trap', and achieve modernization, China must rely on development, and development requires an appropriate growth rate," Li said justifying his decision.

The premier said the target "takes into consideration what is needed and what is possible". Even at this rate, it would be possible to meet Beijing's goal of building a "moderately prosperous society", Li said. He also promised to create 10 million new jobs.

"If China's economy can grow at this rate for a relatively long time, we will secure a more solid material foundation for modernization," he added. His government would continue to invest heavily in infrastructure and upgrading of shanty towns. An allocation of $130 billion will be spend in railway construction this year. "We will implement the 'Made in China 2025' strategy, seek innovation-driven development, apply smart technology, strengthen foundations, pursue green development and redouble our efforts to upgrade China from a manufacturer of quantity to one of quality," Li said reiterating his promise that sounds similar to Prime Minister Narendra Modi's 'Make in India' program.

He also promised a greater role for private business in the economy, which he said would be further opened up by halving the number of industries in which foreign investment is restricted.