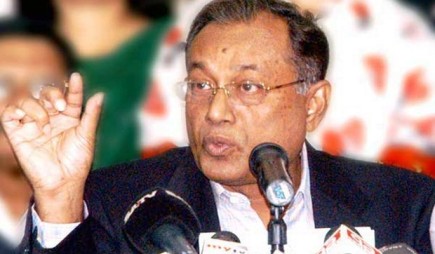 BNP today blamed the Awami League-led government for failing to ink the deal on sharing of Teesta river water with India.

“The whole nation is disappointed,” the party’s spokesperson Asaduzzaman Ripon said in a press briefing at BNP’s Nayapaltan central office.

The dispute over sharing of Teesta waters remained unsettled during the recent first-ever visit of Indian Prime Minister Narendra Modi – what has been dubbed as the “dawn of a new era”.

A total of 22 deals were inked during the visit which included highlighted connectivity the historic land boundary agreement that India waited over three decades to resolve.

“We as well as the country’s people want to know the details of those deals,” Ripon said.

In response to questions on whether moving Modi with complaints regarding “democracy in the country” was justified, Ripon said BNP believed it will be of no major harm.