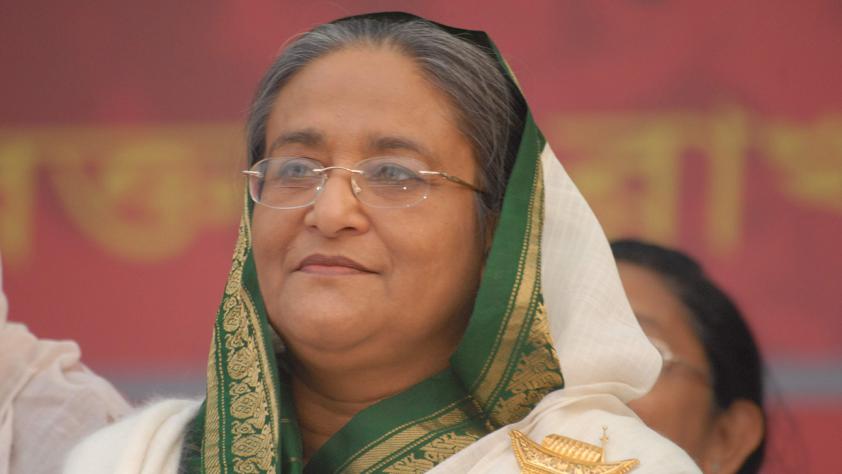 Prime Minister Sheikh Hasina criticised the role of local unit of BNP during her visit to the United Kingdom.

“They will slander me while sitting out in London – it is not acceptable,” she said while speaking at a programme in London’s Sheraton Hotel on Piccadilly road yesterday.

The programme was arranged by local unit of Awami League in reception of Sheikh Hasina.

All the while, outside the venue, about a hundred activists of local unit BNP demonstrated outside wearing black bandanas and banners and posters. Surrounded by police, the demonstrators chanted slogans against Prime Minister Sheikh Hasina.

“We have to deal with natural calamities as well as man-made calamities. The mastermind of arson and murders is sitting right here in London,” Prime Minister Hasina said.

She added that the trials of those who “robbed the funds of orphans, killed people by setting buses afire and ordered these crimes” will be brought to trial on the soil of Bangladesh.

Hasina said UK was now even dearer to her since her nephew Tulip has been elected as a member of the British Parliament.