No one can stop Bangladesh progress ...Sajeeb Wazed Joy 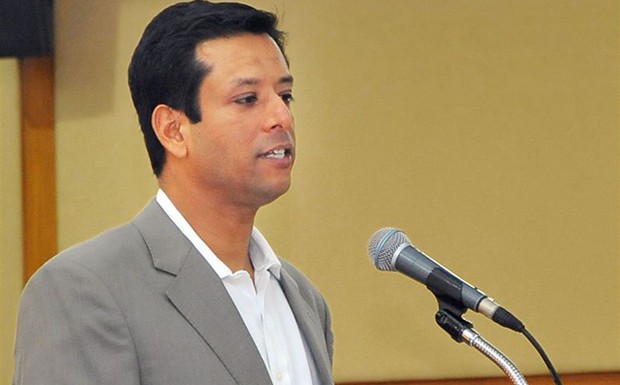 ‘No one could have imagined that Bangladesh would advance in such a pace in the last six years,’ he told a civic reception at the Park Lane Hotel in London on Sunday.

The UK unit of Awami League accorded the reception to Prime Minister Sheikh Hasina for her outstanding achievements in different fields, particularly the implementation of the much-awaited Land Boundary Agreement (LBA) with India.

Joy said it was his personal dream to make Digital Bangladesh.

‘There was nothing like digital in the country 5-6 years back. But, Bangladesh now made a tremendous progress in digitisation,’ he said.

The PM’s ICT adviser went on saying, ‘Our dream is big and we’re taking the country forward in every sector like education, health, agriculture and development.’

He said there are many things to do for building Digital Bangladesh. ‘Our goal is now to take the optical fibre up to the union level, set up multimedia classroom in every school and establish an ICT training centre at every university.’

A number of British House of Commons members spoke at the function after receiving bouquets and a book, ‘Unfinished Memoirs of Bangabandhu’ from the Prime Minister.