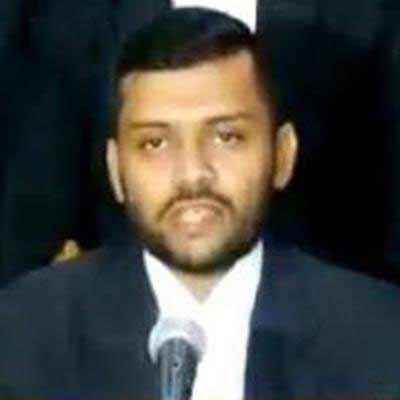 Death penalty received by Ali Ahsan Mohammad Mojaheed today from the Supreme court. His lawyer will apply for the review. This is the last point to save the war criminals.

Death row convict Ali Ahsan Mohammad Mojaheed will file a review petition with the Supreme Court against its verdict that upheld the Jamaat-e-Islami leader’s death penalty for his wartime offences, a defence lawyer said today.

Expressing dissatisfaction over the verdict, Shishir Manir said, “The review petition will be filed with the Supreme Court in 15 days after it will release the full verdict.”

He further said, “I am of the view that the prosecution miserably failed to produce any credible eye witness to show that Mojaheed was directly involved in commission of offenses in 1971.”

Meanwhile, Mojaheed’s son Ali Ahmed Mabrur said, “We did not get justice at the Tribunal. We had hoped for justice at the Supreme Court but we were deprived of justice here as well. We are aggrieved.”

Mabrur was expressing his reaction on the SC premises after the apex court delivered its verdict this morning.