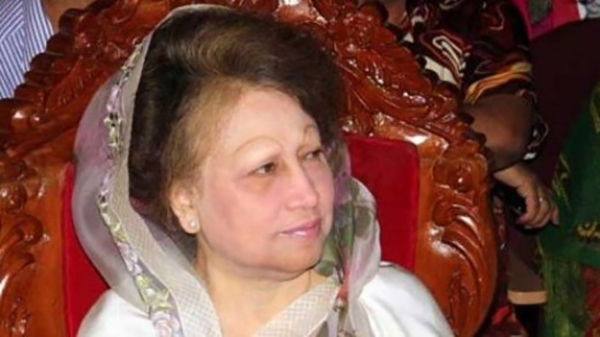 BNP leader and the Chairperson Begum
Khaleda Zia, and her NEYKO corruption case and its verdict will be Thrusday. Justice Md. Nuruzam Nani syas in his bench. And Mrs Zia's Lawyer syas this matter.

The High Court on Wednesday kept pending its verdict to be delivered any day after closing arguments in the trial of a writ petition filed by BNP chairperson Khaleda Zia challenging the legality of the Niko graft case against her.

Hearing the law point arguments from both the sides in the case, an HC bench comprising Justice Md Nuruzzaman Noni and Justice Zafar Ahmed passed the order.

Earlier on 28 May, the same bench concluded the final hearing on the writ petition filed by Khaleda Zia challenging the legality of the graft case.

Khaleda Zia’s lawyer Ragib Rouf said the High Court has kept pending its verdict to be delivered any day after closing arguments in the trial of the writ petition.

The ACC on 9 December, 2007 filed the Niko graft case against Khaleda and four others in connection with a Tk 137.77crore loss of the national exchequer caused by the signing of an oil-gas exploration agreement with Niko during the previous BNP regime.

Khaleda filed a petition with the HC challenging the legality of the case against her.

Later on 9 July 2008, the High Court adjourned the proceedings of the case.

The court also issued a rule asking to know why the proceedings of the case should not be declared illegal.