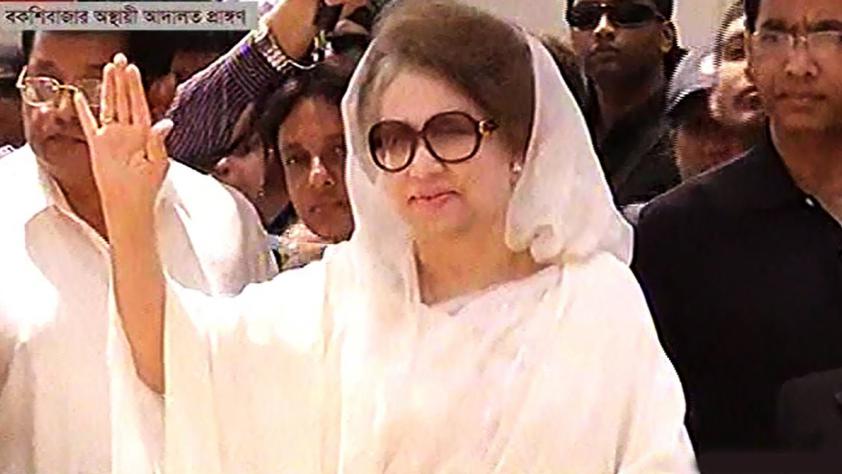 Judge Abu Ahmed Jamadar of the Special Judge Court-3 passed the order in response to two separate petitions filed by the defence seeking an adjournment of the graft cases.

Earlier, Khaleda appeared before the makeshift court at Bakshibazar around 10:30am amid tight security.

Khaleda’s counsels submitted two separate petitions seeking an adjournment of today’s hearing in the two cases as they had earlier placed a writ petition with the High Court for expunging the recording statement of the complainant in Zia Orphanage Trust graft case, which is now pending.

They will submit same petition in connection with Zia Charitable Trust corruption, the lawyers said.

Judge Jamadar on May 25 adjourned hearing till today (June 18) in the two graft cases filed against Khaleda and eight others.

The judge passed the order in presence of Khaleda in response to a petition filed by the defense seeking more time for cross-examining Harun-ur-Rashid in Zia Charitable Trust graft case.

Harun is a deputy director of the Anti-Corruption Commission and also plaintiff of both the cases. The court completed recording statement of Harun.