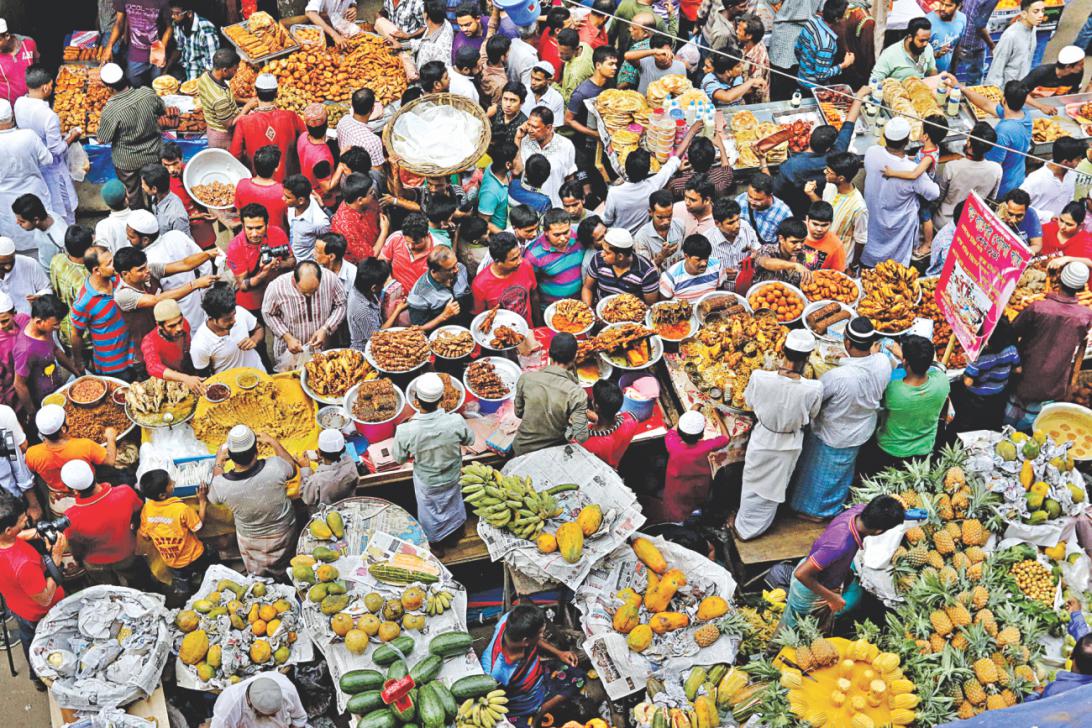 The smell of piyaju or beguni or succulent jilapi being fried on a stove was all around the city since mid-afternoon yesterday.

Traders were preparing the traditional iftar items in hundreds of makeshift shops all over the city in front of markets and mosques, and at intersections. Most restaurants, even many tiny tea stalls put a table in front and sold common iftar delicacies.

Fasting city dwellers enthusiastically snapped up these traditional iftar items on the first day of Ramadan with an extra fervour as it was also the day of Juma prayers.

Extraordinary numbers of devotees performed their Juma prayers at different city mosques with long rows of people praying on the streets as they could not be accommodated.

The kitchen markets in the capital also saw a huge rush of people despite a rise in the prices of necessaries and vegetables.

Like the previous years, Chawkbazar in the old part of the city witnessed a huge rush of consumers. Gourmands thronged there to buy some traditional special items which are rare in other areas of the capital.

Some of these items can be traced back to the Mughal era. They started selling the items since 3:00pm.

"I've come here as my family members wanted to break their fast on the first day of Ramadan with special items of this market," said Mohammad Selim, who came from Dhanmondi.

"I bought a few of those items like mutton leg, Shuti Kebab and Doi Bora," he said.