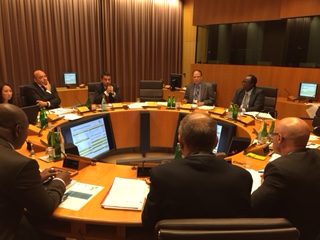 The meeting had important decisions related to upcoming Global Policy Forum (GPF) on Financial Inclusion to be held in Mopputo of Mizambique in September this year. The theme of this year's GPF is SME Financing. The AFI is a network of financial inclusion policymakers.

Tanzanian Governor Professor Benno Ndudu, another member of the Standing Committee and Alfred Hanning, Executive Director of the AFI also attended at the meeting.

Deputy governors of central banks of Ghana and Brazil also participated in the meeting while other members joined the meeting through video conference.