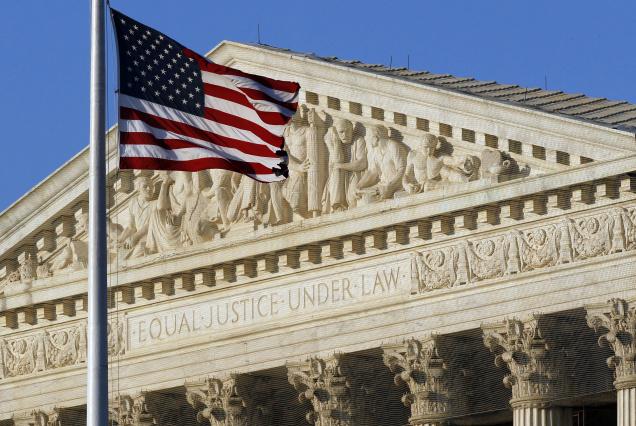 The US Supreme Court declined to hear appeals on Tuesday about the alleged mistreatment of Guantanamo Bay detainees, barring the release of images and preventing a Syrian man from suing the government for alleged torture.

In one of the two cases, former Syrian detainee Abdul Rahim Abdul Razak al Janko wanted to sue the US government for damages stemming from his treatment while held at Guantanamo for seven years until his 2009 release in Belgium.

In his complaint, Janko said he had tried to commit suicide 17 times to protest his detention, after he was "held in isolated conditions and spent most of every day confined alone in his cell, completely cut off from the outside world."

He was "subjected to techniques that were, on information and belief, designed and intended to break him down both physically and psychologically, and caused him severe suffering throughout his detention," the complaint added.

It cited years-long solitary confinement, lengthy bouts of sleep deprivation, "severe beatings," threats against him and his family, sexually explicit slurs against his female relatives, deprivation of adequate medical and psychological care, as well as "continuous" humiliation and harassment.

In July, the US court of appeals for the district of Columbia circuit said it did not have the authority to hear lawsuits like Janko's.

In the other case, the Supreme Court granted a victory to the CIA by spurning a case in which a Washington-based rights group was seeking access to videos and photographs of Saudi prisoner Mohammed al-Qahtani.

The Center for Constitutional Rights claimed the images showed the US government had tortured Qahtani, known as the 20th hijacker for his intention to enter the United States to participate in the September 11, 2001 terror strikes.

The high court justices left in place a September decision by the US Court of Appeals for the Second Circuit saying the images are exempt from the Freedom of Information Act, which concerns the release of government-held information.

In its ruling, the appeals court agreed with the CIA that the photographs and videos "could logically and plausibly harm national security because these images are uniquely susceptible to use by anti-American extremists as propaganda to incite violence against United States interests domestically and abroad."