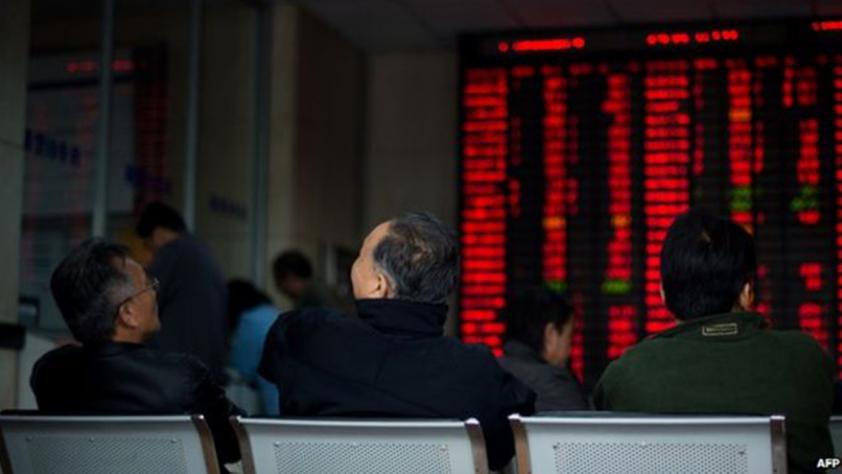 The Shanghai Composite was up 2.6% to 3,783.69 after the government announced measures over the weekend to stabilise the tumbling stock markets.

In an unprecedented move, brokerages and fund managers vowed to buy massive amounts of stocks backed by the state.

The euro fell across the board after Greek voters overwhelmingly rejected the conditions of a bailout package from its creditors in a referendum, increasing the odds of the country's exit from the eurozone.

The euro was at $1.1055 in Asian trade, recovering from one-month lows it hit earlier in the day.

Investors fled to the safe haven of the yen that rallied against the dollar and euro after Greek voters rejected the bailout terms by a wider margin than expected.

Major commodities such as oil were also down with the price of Brent crude falling more than 1% to $59.72 in Asian trade.

Governments and central banks in South Korea and Japan were set to meet later in the morning to handle the impact on the markets from Greece's "no" vote, they said.

"The direct economic and financial relations between Japan and Greece are limited. But government and BOJ (Bank of Japan) officials have held discussions" early this morning to ensure Japan responds smoothly to any market response as needed, Governor Haruhiko Kuroda said in a statement.

Shane Oliver, head of investment strategy and chief economist at AMP Capital Investors said that while the Greek no vote means more uncertainty ahead for the eurozone, the impact on the markets will be short lived.

"The threat of a flow on to other eurozone countries is likely to keep markets on edge in the short term," he said in a note.

"However, contagion is likely to be limited as the rest of Europe is now in far stronger shape than was the case in the 2010-12 euro zone crisis and defence mechanisms against contagion are now stronger."

On Monday, three Chinese asset managers said they would commit a combined 210m yuan ($33.85m: £21m) of their own money to buy equity funds, as part of a concerted effort by institutional investors to stabilise the market.

Over the weekend, the China Mutual Fund Association said 25 fund firms pledged to buy shares, while another 69 fund firms said they would do the same, as part of emergency measures to boost investor confidence.

The Shanghai Composite has fallen nearly 30% over the last three weeks, despite an interest rate cut by the central bank the week earlier - and other measures to support the market.