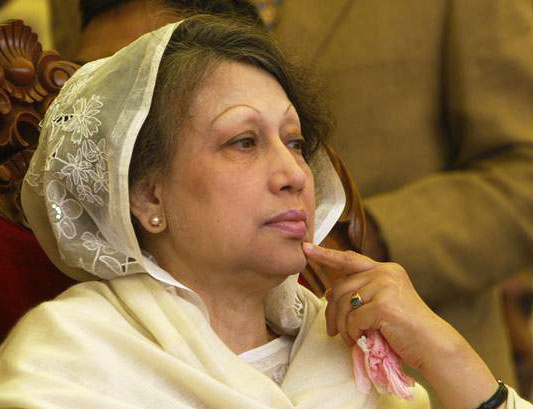 Khaleda Zia and her entourage of visa , plane tickets and hotel Mecca - Medina bukinsaha the last stage of the preparation , the Pirates suddenly canceling the visit to Saudi Arabia has been the impression of frustration among migrant leaders.

One of the party leaders are reluctant to namaprakase Medina , Saudi Arabia Khaleda Zia to visit after the final day before the attempted arrest of his personal assistant Samsun Babu Simul trust members of the law enforcing agencies.Then she met with her lawyers.

After the meeting, Saudi Arabia Khaleda Zia's visit has been canceled, said the sources said.
According to the city , do not go to the Pirates on Wednesday at 11am will be confirmed.