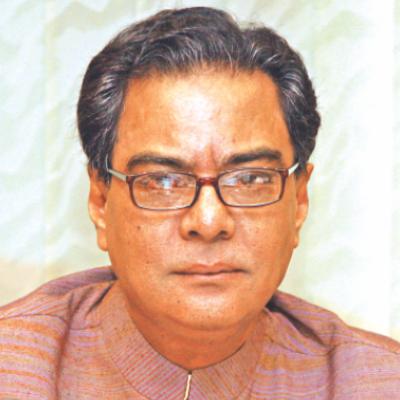 Prime minister's annoyance, internal political feud and his inactiveness in party and ministerial activities were behind Awami League General Secretary Syed Ashraful Islam's removal from the LGRD ministry, sources in the government and the ruling party said.

According to them, a group of influential people in the government and the party had been working against Ashraf for quite some time and their roles were instrumental in his removal. In addition, Ashraf annoyed the government high-ups by differing with them on many policy and development issues.

Sources say the allegation that Ashraf was inactive in the party or that he often did not go to the ministry is nothing new. He kept the job for more than six years despite these allegations.

They believe that neither this nor his absence from Tuesday's Ecnec meeting was the main reason behind his removal. The decision was already made but the Tuesday's incident only quickened it.

Muhith also hinted of further reshuffle in the cabinet.

Asked to clarify, he said, "I have no idea... there will be a slight recast. But it's difficult to say exactly what will happen.”

At the beginning of the Ecnec meeting, the finance minister made an outburst over Ashraf's absence and the PM promptly announced her decision to remove Ashraf from the ministry.

A source close to Ashraf said Ashraf skipped the Ecnec meeting as he was against the project involving Tk 6,076 crore, under which every lawmaker would get Tk 20 crore for development work in their constituencies in the next five years.

The project was placed before the cabinet without consulting him, the source added.

Some AL leaders believe that the PM wants to make the party stronger. Therefore, she relieved Ashraf of the ministry job so he can give more time to party leaders and activists. According to them, the decision has been mutual.

Obaidul Quader, road transport and bridges minister and also an AL presidium member, yesterday said Ashraf might have been removed so that he could devote his time to party activities.

"“Maybe the prime minister felt Syed Ashraf is under too much pressure to discharge his duties as minister and party general secretary and making him minister without portfolio would allow him to give more time for the party,” he told reporters while visiting Babu Bazar bridge.

Senior Awami League leader Suranjit Sengupta said Ashraf's removal was for the sake of the party and the country's democracy.

"Syed Ashraf is a veteran and tested politician and a politician like him does not care whether he is in charge of any ministry or not," he added.

Yesterday, Ashraf spent the whole day at his official residence on Bailey Road and met visitors there.