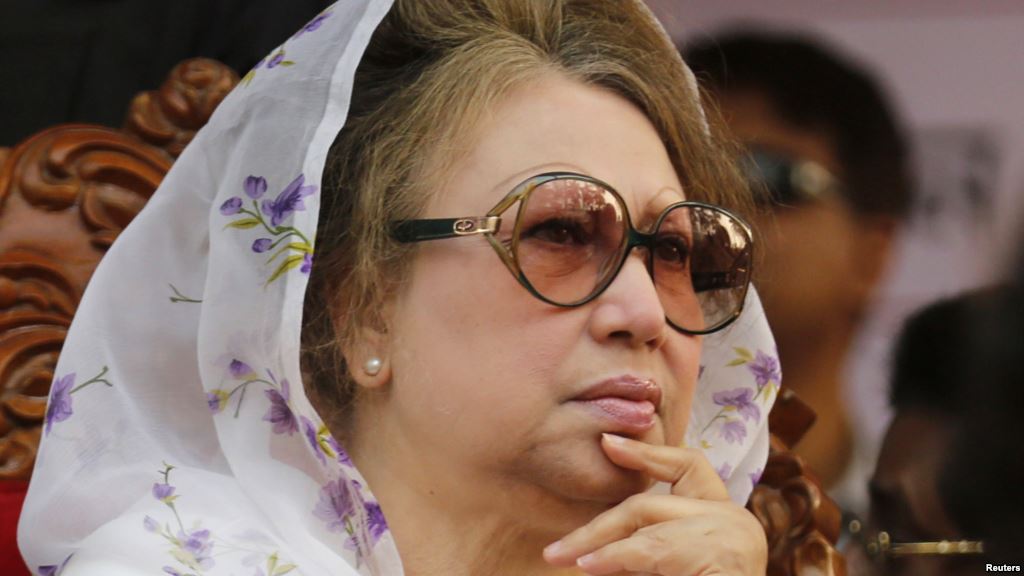 Instead of holding out hope of a way out of the crisis the BNP is in, a suddenly called meeting has caused fresh resentment in the party as Chairperson Khaleda Zia sounded a strong warning against internal critics of the leadership, insiders say.

At the meeting, on Monday, Khaleda cautioned the senior leaders against discussing internal issues in public or creating divide in the party. She, however, didn't mention any one by name.

"She indirectly accused some senior leaders of trying to split the party. This has sent a negative message to our party leaders across the country," said a member of the BNP standing committee.

Convened after a long gap, the meeting exposed some unpleasant things within the party, he said.

Some senior leaders, who attended the meeting, think the BNP chief used the meeting as a means to gag criticism against the way the party is being run.

One of them said he had expected that they would discuss the country's political situation and ways to overcome the organisational crisis. But those issues were not the focus of the meeting.

"It would have been better had the meeting not been held."

The BNP, which ran the country twice, has become almost dysfunctional, for which some senior leaders point fingers at the leadership. In private and sometimes in public they vent their disappointment.

Recently, a leaked telephone conversation of three senior BNP leaders on YouTube offers glimpses into their frustration at the current BNP leadership.

A number of leaders also question whether the BNP is now deviating from the ideology of its founder, Ziaur Rahman.

In this backdrop, Khaleda Zia at Monday's meeting asked the party's senior leaders to make comments carefully. She also said if anybody even thinks of splitting the party, he might leave, according to meeting sources.

After Khaleda's warning, none of the senior leaders felt comfortable to discuss anything. Leaders of some professional bodies, however, spoke in support of the BNP chief.

The BNP has been passing through the worst phase in its history. After boycotting the January 5 parliamentary election in 2014, the party waged violent protests to resist the polls.

The polls boycott left the party outside parliament for the first time since restoration of parliamentary democracy in 1991.

The party chief again announced a nonstop countrywide blockade from January 6 this year. Alongside the blockade, the BNP-led political combine also enforced mindless hartal for around three months.

But the opposition combine failed to force the Sheikh Hasina-led government to announce an early parliamentary election under a non-party caretaker government.

The agitation waged before and after the polls has brought on nightmare for the party's leaders. Almost all of the senior leaders are facing criminal cases in connection with street violence and arson attacks on public transports.

BNP acting secretary general Mirza Fakhrul Islam Alamgir, detained on January 5 this year, is yet to be granted bail.

The situation at the grassroots level is more appalling. Many are still behind bars, and those who are outside cannot move freely for fear of arrest or harassment by law enforcement agencies, let alone carry out political activities.

On Wednesday, Prime Minister Sheikh Hasina announced in parliament that the government would form special tribunal under the Anti-Terrorism Act 2009 for trial of Khaleda and her party men accused of the arson attacks carried out during the opposition movement between January and March this year.

Yet, the BNP high-command has not taken any steps to stand by the grassroots level leaders and activists.

Khaleda, however, at Monday's meeting told senior leaders -- members of the national standing committee, vice-chairmen, and her advisers -- that she would recast the party recognising the roles of dedicated leaders. She also asked all to be with the grassroots.

A senior BNP leader said the party chief told them that she would sit with the senior leaders on her return from Umrah in Saudi Arabia.

Khaleda, who was scheduled to leave Dhaka on Wednesday, has, however, postponed the visit as the Saudi embassy in London did not issue a visa to Tarique Rahman, her elder son and senior vice-president of BNP.

Citing the postponement of her visit, the senior BNP leader said: "Now, I do not know when she will sit again with the party's senior leaders."