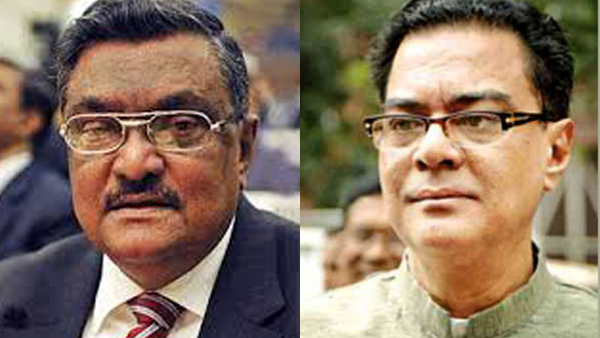 Starting today, Mosharraf will be handling this portfolio parallel to being the minister of Expatriates’ Welfare and Overseas Employment ministry.

Meanwhile, Syed Ashraf, who was recently stripped from his ministerial position and made minister without a portfolio assured Mosharraf full cooperation on his behalf this morning.

Khandkar Mosharraf called at the residence of Syed Ashraf’s Bailey Road residence around 11:15am and talked for 15 minutes, an aide to Ashraf told The Daily Star seeking anonymity.

Afterwards, Mosharraf went to Bangladesh Secretariat and began office as both ministers.

Syed Ashraf, believed to be a trusted man of Prime Minister Sheikh Hasina, was removed on July 9. Ashraf is yet to speak directly on this matter and neither are any of Awami League leaders.

But yesterday, while attending an iftar programme, Syed Ashraf pulled reference to his father, who was Sheikh Mujibur Rahman’s close aide, and asserted that betrayal was not in his blood.