Mirza Fakhrul is going to Singapore for better treatment 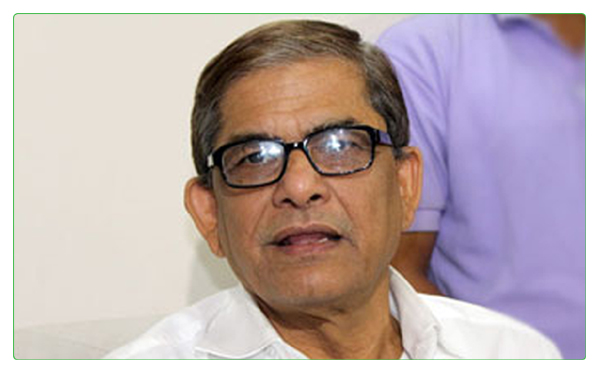 Talking to Prothom Alo, the BNP leader said he would leave Dhaka for Singapore in a flight of Singapore Airlines.

After languishing in jail over a stretch of six months, ailing Fakhrul was released on 14 July from the prison cell at the Bangabandhu Sheikh Mujib Medical University (BSMMU).

After his release, Fakhrul told reports that he was sick and needed improved medicare preferably outside the country.

He also said he lost 12 kilogram weight in the six months in jail.
Police arrested the BNP leader from in front of the National Press Club on 6 January when the BNP-led opposition alliance launched anti-government agitation.

Mirza Fakhrul was shifted to the prison cell at BSMMU as his health condition deteriorated in the jail and he stayed there for about a month before his release.