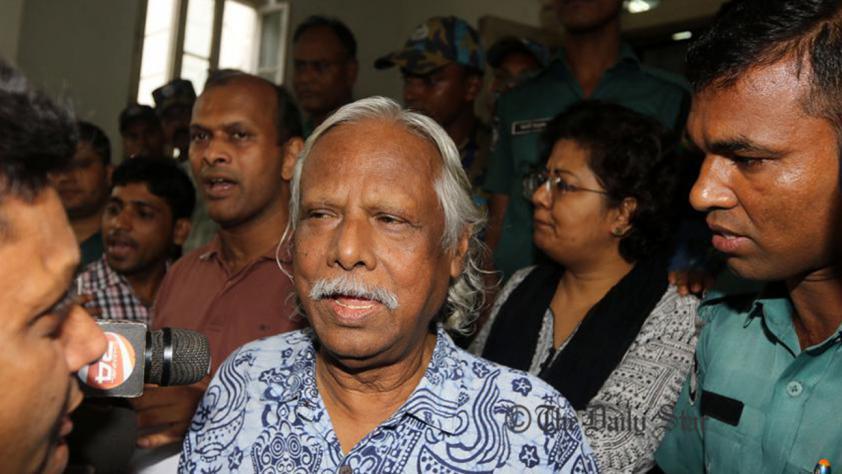 The Supreme Court will pass an order tomorrow on Zafrullah Chowdhury’s petition filed against a tribunal verdict that fined him for contempt.

During hearing, the court asked Zafrullah’s lawyer whether he (Zafrullah) will apologise for criticising the punishment of Dhaka-based British journalist David Bergman by a war crimes tribunal.

Zafrullah’s lawyer Abbur Razzaque Khan told the court that he will decide about it tomorrow.

Meanwhile, Barrister Abdullah Al Mamun, another lawyer for Zafrullah told The Daily Star that his client may apologise to the court tomorrow.

Zafrullah, Gonoshasthaya Kendra founder and a freedom fighter, was fined Tk 5,000 and imprisoned inside court for an hour over his criticism on Bergman’s punishment.