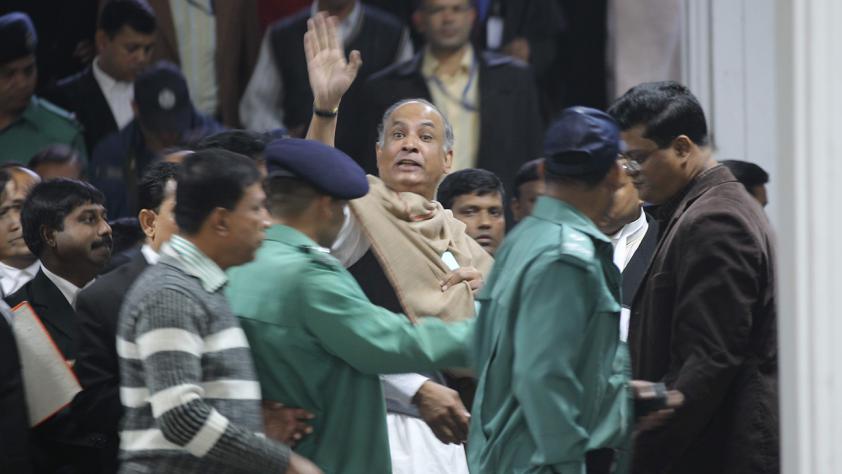 Chief Justice Surendra Kumar Sinha announced the verdict within a short span of time after 9:00am this morning. Grounds of the judgment could not be known since full text was not released.

The appeal verdict is mostly unchanged to that delivered by a war crimes tribunal two years ago except that SQ Chowdhury was acquitted of murdering Satish Chandra Palit – the charge he was given 20 years in prison.

This is the fifth time the Appellate Division of the SC has delivered a verdict on an appeal against a tribunal’s judgment.

On July 7, a four-member bench of the Appellate Division headed by the chief justice fixed today for delivering the verdict on the appeal after hearing it for 13 days.

On October 1, 2013, the International Crimes Tribunal-1 found the BNP leader Salauddin, now 66, guilty of nine of the 23 charges brought against him of committing crimes against humanity.