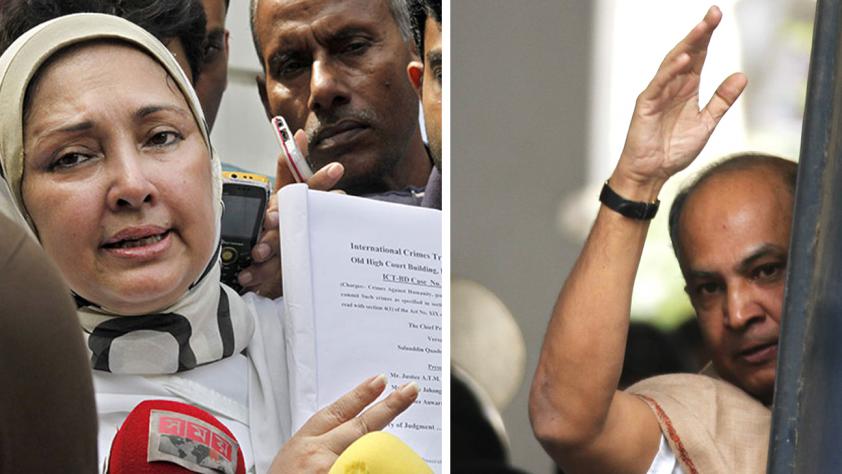 The vindictive attempt of leaking of the ICT verdict in 2013 to save condemned war criminal Salauddin Quader Chowdhury proved ineffective today after Supreme Court upheld a special tribunal’s death sentence handed to the BNP leader.

On October 1, 2013 International Crimes Tribunal-1 sentenced BNP leader Salauddin Quader Chowdhury to death for committing crimes against humanity and genocide during the country’s Liberation War in 1971.

Today, Bangladesh’s top court upheld the death penalty for Salauddin for his crimes against humanity.

Chief Justice Surendra Kumar Sinha announced the verdict within a short span of time after 9:00am this morning. Grounds of the judgment could not be known since the full text was not released yet.

Major turn of events after leaking of verdict, until today were:

Oct 1, 2013: On the day after the delivery of the verdict the family and defence of the war criminal Salauddin claimed that the copy of the verdict was “prepared by the law ministry, and was available on internet”.

Oct 2: The ICT confirmed that an organised vested group had leaked parts of “the draft of the verdict” on Salauddin, a BNP standing committee member, and uploaded that on the internet to make a controversy of the war crimes trial.

Also READ: At least 20 had access to draft verdict

Aug 28, 2014: Detectives pressed charges against the wife and son of convicted war criminal SQ Chowdhury and five others for allegedly leaking the draft verdict of the International Crimes Tribunal-1 that sentenced him to death.

Sept 23: The case was transferred to Dhaka Cyber Tribunal

Oct 13: The Dhaka Cyber Tribunal on the day issued arrest warrant against the wife and son of convicted war criminal Salauddin and one other in connection with the case filed for allegedly leaking the draft verdict.

Oct 30: The wife and son of Salauddin got bail after they surrendered before Dhaka Cyber Tribunal in the afternoon in a case filed for allegedly leaking the draft verdict.

At least two anonymously operated websites -- justiceconcern.org and www.tribunalleaks.be -- first posted the document, which was then picked up by various blogs and Facebook pages early Oct 1, 2013.

It appeared structurally and linguistically identical to that in the war crimes case against Jamaat leader Ghulam Azam, except for the part dealing with the accused and various depositions.

All other ICT verdicts were written in different structures.

Both websites posted an identical note: “It has now transpired that the verdict to be delivered by the Tribunal against Salauddin was prepared in the Ministry of Law and Parliamentary Affairs.”

“I have downloaded a copy of the verdict from a website and brought it here with me,” convict’s wife, Farhat Quader Chowdhury, told journalists shortly after the judgment was delivered two years’ back.

Claiming that her husband was a victim of “political vendetta”, Farhat said the verdict the judges read out and the one she had downloaded were the same.

“According to the website, the copy of the verdict was found in a computer of the law ministry,” she said, posing a question how the judges could read out a document prepared by the law ministry.

“The judges could have investigated the matter. But they continued reading out the verdict instead,” she claimed. “Though we knew that we would not get justice, we wanted to show the people of the country and the world that what was going on here. That’s why, we followed the whole trial process, and we’ll follow it till the end.”

Defence lawyer Fakhrul Islam also told on that day that the journalists: “It is a dictated judgment.”

He said the judges should resign from their posts as the verdict was leaked.

In 2013, the ICT-1 found the BNP leader Salauddin, now 66, guilty of nine of the 23 charges brought against him of committing crimes against humanity.
The tribunal handed him death penalty on each of four charges -- involvement in the killing of Natun Chandra Singha, Awami League leader Mozaffar Ahmed and his son; and genocide in Raozan.