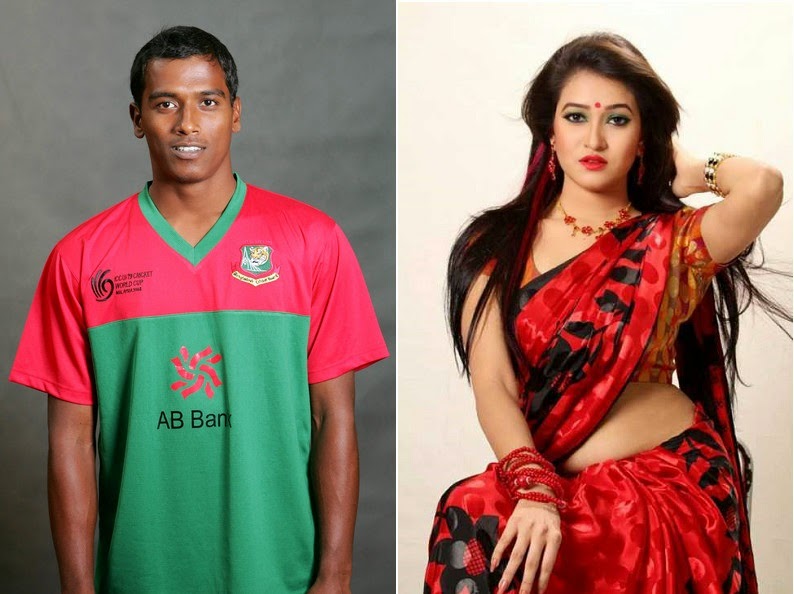 Happy had filed a case in December, accusing the bowler of backing off from marriage after being intimate with her for months.But with Rubel emerging as a national hero for taking Bangladesh to the quarter-finals, Happy’s lawyer Kumar Debul Dey has said he cannot fight her case anymore.

It was a show of his support for the Bangladesh Cricket Team, the lawyer said, as he did not want to ‘put pressure on Rubel’.

Rubel took four wickets against England at the Adelaide Oval on Monday.
In a Facebook post after Bangladesh’s win, Dey wrote, “I want to inform Bangladesh cricket fans that I took Happy’s case as a professional. I no longer wish to fight against Rubel after seeing Bangladesh succeed. So I’m withdrawing myself as Happy’s lawyer.”
He said he would not mind if someone else took his place.
“From now, I’m no longer Happy’s lawyer. Congratulations Bangladesh Cricket Team!!!”
“Bangladesh played well. I hope they’ll continue to excel. Rubel should feel no pressure. I made this decision to keep him off pressure.”
Happy, who studies BBA at a private university, acted in a recent Bengali film, and several more starring her are in the pipeline.
Rubel was sent to prison on Jan 8 after a Dhaka court rejected his plea for bail in the case she filed under the Women and Children Repression Prevention Act.
The paceman spent three days behind bars but was finally able to take his place in the World Cup squad after getting bail and being permitted to play abroad.

Happy had filed a writ petition in court, seeking Rubel’s expulsion from the national team, but the plea was rejected.
But last month she announced that she had ‘forgiven’ Rubel.

She posted a number of statuses on Facebook to show her support for Rubel, while the match between Bangladesh and England got increasingly breathtaking.
“ Yessss! I’m very happy. Got wicket. Well done Babu (baby), keep it up,” she wrote.
She sent a kiss his way after the dramatic win. “I’m speechless.”
“I hope Rubel plays well in all the upcoming matches. Like all cricket fans, I want him to succeed. My congratulations to the entire team,” she told bdnews24.com