Before surrender : Aman, Anwar and Mintoo 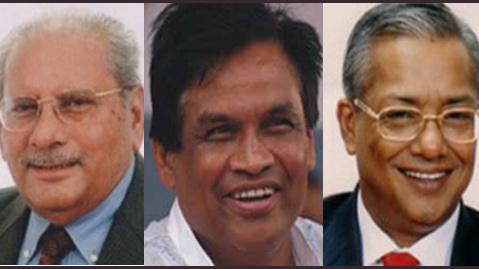 Amanullah Aman, MK Anwar and Abdul Awal Mintoo and surrendered this morning seeking bail in 71 violence cases against them.

Mintoo is accused in one case, Anwar in 10 and Aman in the rest, Joynal Abedin Mesbah, one of the lawyers of the BNP leaders told The Daily Star.

Hearings in these cases will be held later today.

Earlier on July 27, the Supreme Court scrapped bail for the three BNP leaders and asked them to surrender before a lower court within a week.

The court came up with the orders after hearing 56 separate petitions moved by the government seeking stay on the High Court’s anticipatory bail granted to the BNP leaders.