German envoy: India not a country of rapists 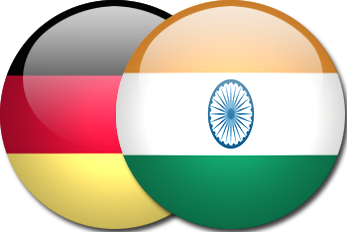 Germany's ambassador to India has rebuked a German university professor for what he said was the rejection of an internship application from a male Indian student on grounds of India's ‘rape problem’.

The December 2012 rape and murder of a 23-year-old woman student on a bus prompted outraged protests across India and the issue was thrown back into the spotlight last week when India banned a British filmmaker's documentary about the incident.

Ambassador Michael Steiner accused Annette Beck-Sickinger, a biochemistry professor at Leipzig University, of an ‘oversimplifying and discriminating generalisation’ in dealing with the student applicant.

‘It has been brought to my attention that you denied an internship to a male Indian student, giving 'the rape problem in India' as a reason... I strongly object to this,’ he said in a letter to the professor, which he tweeted.

Steiner said the reason given for the refusal of the internship would offend millions of law-abiding Indians. "Let's be clear: India is not a country of rapists," he said.

A post on question-and-answer website Quora showed what appeared to be an email from someone at the university's biochemistry institute but with their name blacked out, saying:

‘Unfortunately I don't accept any Indian male students for internships. We hear a lot about the rape problem in India which I cannot support.’

In a statement she issued via the university, Beck-Sickinger said she had made a mistake and ‘I sincerely apologise to everyone whose feelings I have hurt’.

She said she had not composed the email as it was quoted but that it had been pulled together from different pieces.

She said she had rejected the student as her laboratories were full but he had not accepted this and then involved her in a discussion about social relations in Germany and India, during which she had brought up the issue of rape of women in India.

India toughened its anti-rape laws in response to the outcry following the 2012 attack. But a rape is still reported on average every 21 minutes in India, and acid attacks, domestic violence and molestation are common.