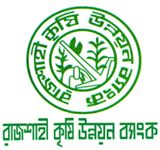 Rajshahi Krishi Unnayan Bank (RAKUB) has set a target to disburse agricultural loans worth Taka 1,600 crore in the country's northwest region during the current 2015-16 fiscal year.

Headquartered in Rajshahi, the specialized commercial bank will disburse the loan through its 377 branches for boosting crop production and rural economy as well as generating employment through enhancing agricultural production in all the 16 districts under Rajshahi and Rangpur divisions.

The target has also been set to recover loans of Taka 1,900 crore and deposit collection to Taka 4,425 crore, said Manjur Ahmed, managing director of the bank, adding that classified loan recovery target has been set to Taka 721 crore with the main thrust of lowering its figure to below 15 percent.

All the zonal and branch managers were asked to infuse more dynamism into its all business activities including loan disbursement, recovery especially the classified loan and deposit collection for benefits of both the bank and clients.

They were also given instruction on devising ways and means on how to speed the farmers-level lending activities for boosting agricultural production to meet up the gradually increasing national food demand.

After overcoming the consecutive loss in long 10 years, RAKUB has made operating profit worth Taka 32 crore during the just concluded 2014-15 fiscal, Manjur Ahmed said.

The bank had formulated a work plan early in the previous fiscal and sent its direction to the field level in order to transform the bank into a profit-earning institution along with self-reliant.

Under the work plan, the bank had set the target of disbursing loan worth Taka 1,500 crore, recovering outstanding loan of Taka 1,800 crore and lowering classified loan below to 25 percent in 2014-15 fiscal.

Against the target, the bank has disbursed loan of Tk 1,536 crore,
recovered Taka 1,827 crore and reduced the classified loan to 20 percent from 35 percent. It has also mobilized deposit worth Taka 3,626 crore.


As the largest development partner in agriculture as well as agro-based industry sector of the northwest Bangladesh, currently, the bank has adopted the effective work plan which is being implemented at the grassroots to make the credit programs easier.

'We have adopted special credit programme for encouraging the people for setting up solar power, biogas and waste management plants for generating eco-friendly and alternative power to face the power supply deficit,' he said adding "credit is being extended to the sector on a priority basis."

Taka 649.54 crore was disbursed among 1,25,915 farmers for crop production and while more than Taka 5.13 crore among 1,318 farmers for production of import substitute crop like pulses, oil seeds ,maize and spices at 4 percent subsidized interest rate.

He said the bank has been putting in its level best effort to establish a dynamic leadership along with accountability and transparency in all its activities to earn confidence of the clients.

To build a poverty-free Bangladesh, he said the bank had enhanced its lending activities in multipurpose potential fields for boosting agriculture production, intensifying food security and flourishing poultry and dairy sectors to reduce protein deficiency.

More than, 213 branches have, so far, been computerized and all the 377 branches will be brought under the modern ICT system by the end of this fiscal. Thereby, the bank will be capable to provide various updated services like online banking, SMS banking and ATM booths, Ahmed expected.