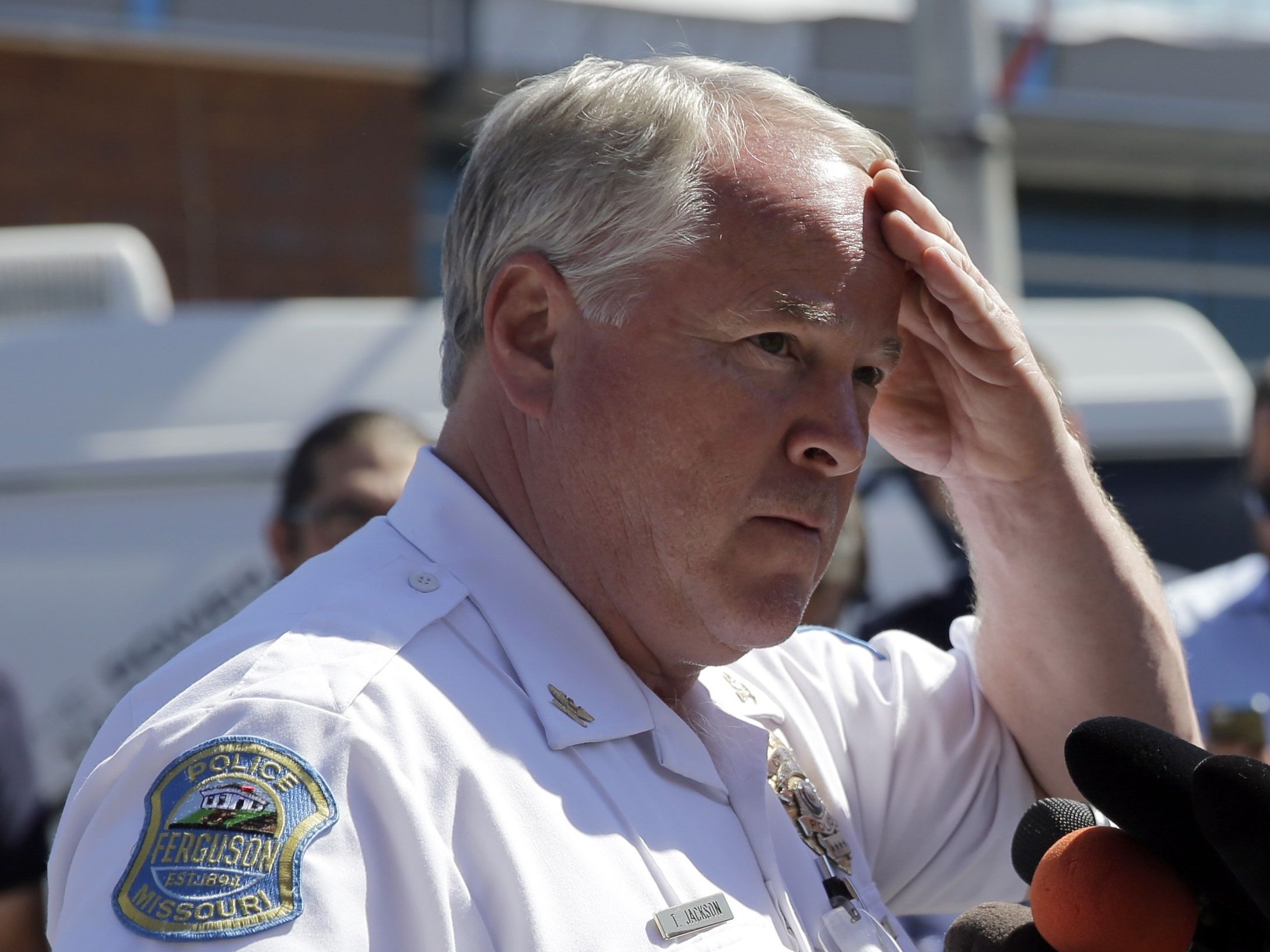 The police chief of Ferguson, Missouri, has resigned following a scathing US Justice Department report that found widespread racially biased abuses in the city's police department and municipal court.

The resignation of Chief Thomas Jackson on Wednesday, was the latest in a string of departures since the Justice Department said on Mar 4 that a months-long probe had uncovered a range of unlawful and unconstitutional practices in the St Louis suburb.

Protesters had called for Jackson's removal since the fatal shooting of an unarmed black teenager by a white Ferguson police officer on Aug 9. The killing triggered nationwide protests and drew scrutiny to police use of deadly force, especially against black men.

Neither a grand jury nor the federal probe led to charges against Darren Wilson, the officer who killed 18-year-old Michael Brown.

Ferguson Mayor James Knowles said the city was committed to keeping its police department, even though the Justice Department report said it may need to be dismantled.

"We continue to go through the report and talk about where the breakdown was," Knowles told a news conference where he promised changes, but rejected calls for his own resignation.

Two small groups protested outside City Hall as the mayor spoke, some supporting Jackson, others against him.

"Chief Jackson stepping down is long overdue," said Patricia Bynes, a local Democratic leader. "It should not have gotten to this point. All the things that the Justice Department found that happened under his watch, you really have to question what made him think he could still be chief of police."

The Justice Department said in a statement on Wednesday night that the results of its probe into Ferguson police practices "remain a top concern and priority."

It said its Civil Rights Division would "continue to work with Ferguson Police and city leadership, regardless of whomever is in those positions, to reach a court enforceable agreement that will address their unconstitutional practices in a comprehensive manner."

The Ferguson police's initial response to arrest and use tear gas against demonstrators protesting Brown's killing was widely criticised as heavy-handed. Jackson was also accused of being tone deaf to the city's racial tensions and came under fire for his delay in releasing Wilson's name and waiting weeks to make an apology to Brown's family.

In the wake of the Ferguson protests, many police chiefs across the country have shifted policy to communicate more quickly after police use deadly force and to release the names of the officers involved.

The Justice Department report found evidence that the mostly white police force in the two-thirds majority black community was more focused on revenue-raising than public safety. The Justice Department also said officers had a pattern of using excessive force and making illegal arrests, as well as deploying attack dogs and using Tasers on unarmed people.

Jackson has commanded the police department since 2010. The department has a total of 54 sworn officers divided among several divisions.

The city said it would conduct a national search for a replacement for Jackson, whose departure is effective Mar 19 and who leaves with a year of severance pay, of roughly $100,000, and health insurance.

Some local activists said the police department should be shut down completely.

"This is a big step to continue to move forward but ... isn't enough," said Rasheen Aldridge, a member of a commission formed by Missouri Governor Jay Nixon to recommend community reforms. "The systemic problems that have been going on in Ferguson need to be dealt with.”