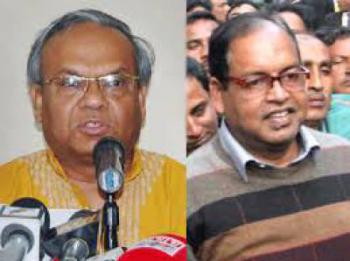 The Appellate Division of the Supreme Court on Thursday upheld the bail granted by the High Court to BNP leaders Ruhul Kabir Rizvi and Shamsuzzaman Dudu in nine sabotage cases.

The Appellate Division confirmed the bail to the BNP joint secretary general Rizvi in five cases of charges of sabotage and the BNP chairperson’s adviser Dudu in another four cases, also relating to sabotage.

The four-member bench, headed by Chief Justice Surendra Kumar Sinha, passed the order.
Despite the bail by the apex court, the BNP leaders will have to stay in jail as there are others cases pending against them.

The court denied Rizvi bail in one case.

Hearing on two cases will be held next week, he added.
The lawyer further said Shamsuzzaman Dudu will not be freed as he is implicated in some other