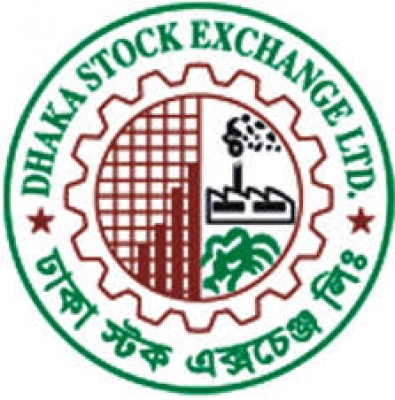 The key index of Dhaka Stock Exchange(DSE) hit six and half months low at 4585.72 on Wednesday, losing 63.57 points or over 1.36 percent to close the session in solid red.

The DSEX came down to the lowest level after September 1, 2014 when it

The blue-chip DS30 and Shariah DSES also suffered loss to end the
session at 1716.54 and 1105.99 respectively. The loss to the selective
indices was, however, lower than the broader index.

The market gained in the past two consecutive sessions, with taking
prices of some shares up and marginally profitable for many investors.
Resultantly, market saw higher trading activities when turnover volume was up
by 9.68 percent to 6.21 crore shares and the value was higher by 21.58
percent to Taka 310 crore.

All the major sectors suffered loss to the selling pressures, with 234
issues declining across the board against the handful 43 advancing scrips.

Banking sector was the worst sufferer with 3.0 percent loss followed by
engineering with 2.0 percent when food and allied managed to close 2.3
percent up.

Among the companies, Bank Asia was the major losers as it closed nearly
14.0 percent lower on its ex-dividend trading. The bank recommended 5.0
percent cash and 10.0 percent stock dividend for 2014, which apparently
disappointed investors.

Along with Bank Asia, three other banks - SIBL, Prime Bank and Pubali
Bank were among the day's top five losers.

Shut down DSE for ...... Technical error