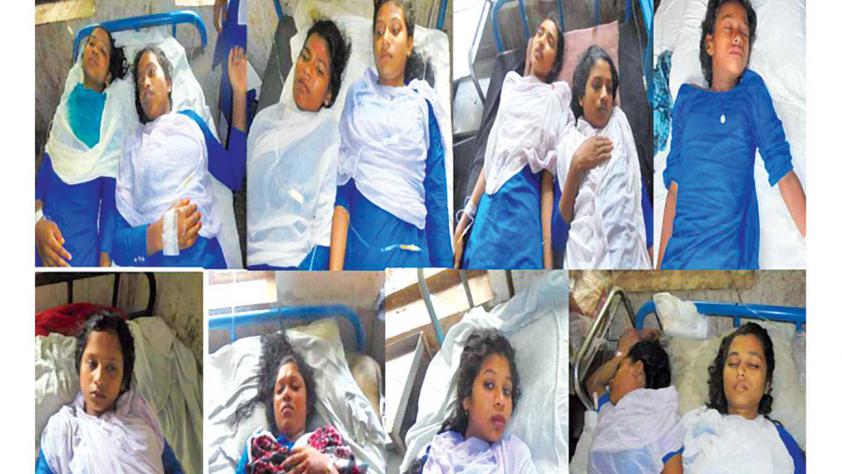 At least 40 school kids were injured at Kachua in Chandpur yesterday in an attack by alleged activists of Jubo League, the youth wing of ruling Awami League.

Twenty-two of the injured -- 14 girls and 8 boys -- were admitted to Kachua Upazila Health Complex.

Later, two were moved to Comilla Medical College Hospital as their condition deteriorated, said Bijay Dutta, a doctor at the Kachua hospital.

He said many of the students were admitted to the health complex with fractured and broken limbs. Some were beaten mercilessly with sticks.

Dulal Chandra Sarker, headmaster of Bhuiyara High School, said the attack was carried out after the school authorities on Friday night refused to pay some local “Jubo League” men Tk 15, 000 in “toll” for arranging National Mourning Day programmes in the area.

He alleged the men, including Faruque, Monir and Liton, had also beaten Fazlur Rahman, an assistant teacher, inside the school that night.

Protesting the incident, the students had gathered on the school playground yesterday morning and tried to bring out a procession.

But suddenly, some “Jubo League” men swooped on the children with sharp weapons and sticks, said the headmaster.