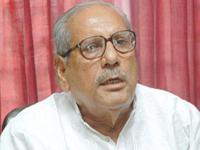 A Comilla court on Tuesday sent BNP standing committee member MK Anwar to jail in a case filed over petrol bomb attack on a bus in Comilla.

Senior judicial magistrate Shahidullah Kaisar passed the sentence order cancelling the bail after the BNP leader plead for bail in the session court-5 in the morning.

On 2 February last year, eight people were killed and 20 others were injured in a petrol bomb attack on a bus in Chouddagram upazila of Comilla.