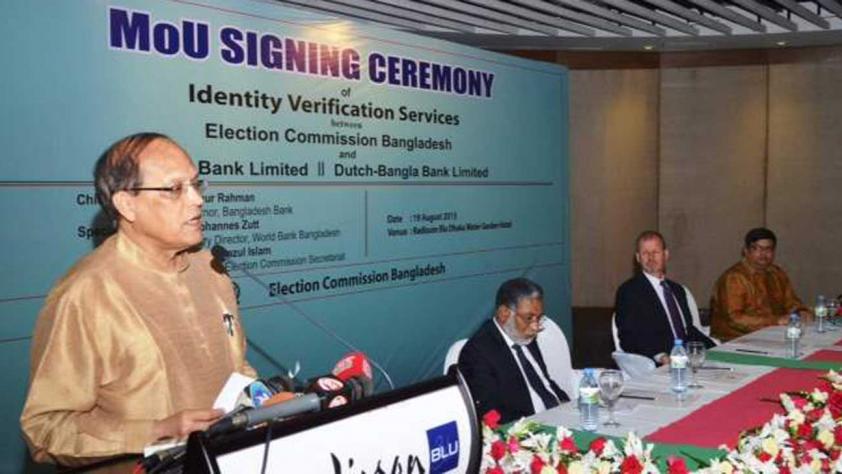 Commercial banks are now getting access to the national identity database, which bankers said would help them check authenticity of clients' information and reduce forgeries.

Earlier, Bangladesh Bank, the National Board of Revenue, and the Department of Immigration and Passports gained the access to the NID database.

Banks and telecom operators have long been demanding the access.

“The scope for verification will authenticate information of individuals and ensure transparent financial transactions. Frauds and forgeries will come down drastically,” Bangladesh Bank Governor Atiur Rahman said at the agreement signing ceremony at Radisson hotel in the city.

The governor said the two banks will now verify NIDs of their existing and upcoming customers regularly.

Rahman said banks will use the NID database for mobile banking services as well.

Election Commission officials said they will have to manage multiple network connectivity from multiple service providers to provide the NID verification services to all banks and financial institutions.

The BB governor proposed a solution to the multiple network connectivity issue. “The Election Commission may consider providing the access via the central bank,” Rahman said, adding that it would help the commission manage ICT security effectively.

“Providing mobile banking services will be easier as many people open accounts with fake NID cards,” Shirin said. “We will get genuine information from the Election Commission as its NID database is 99.7 percent accurate,” he added.

A bank has to give the Election Commission Tk 2 for a single verification service in addition to the specific usage fees.