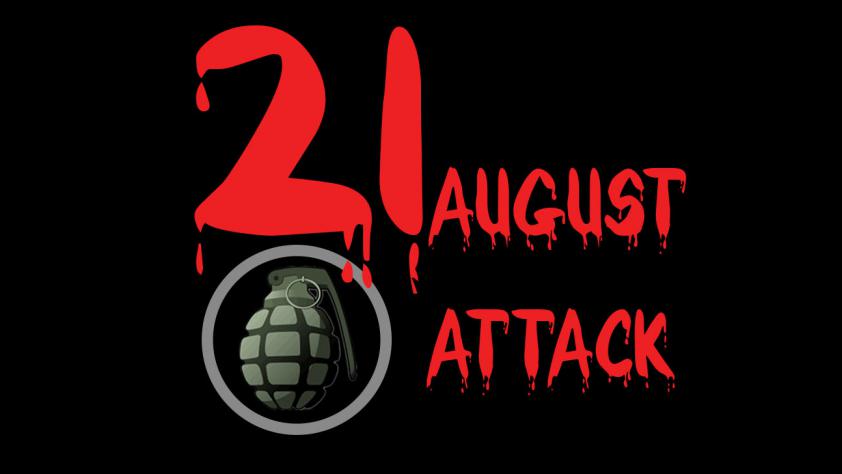 An Awami League rally was in progress at the Bangabandhu Avenue and it was around 5.15pm at the fag end of the rally when Sheikh Hasina, then the opposition leader, started her speech from the top of an open truck.

Suddenly apocalypse happened as one after another 13 grenades rained down the buildings around and blasted with perilous effects. At least 23 persons met the most excruciating death and hundreds others maimed. AL’s women’s affairs secretary Ivy Rahman met the most brutal death one could imagine. Her legs were blown off from below her waist and she sat like a statue in deep shock. Hundred others lay like her, some dead and some alive that nobody could differentiate.

The target and the intention of the grenade attack in 2004 were clear. The attackers wanted to finish off Sheikh Hasina and the entire top leaders of the AL. They wanted to exterminate AL forever and turn Bangladesh into another land of terror.

Luckily for us that did not happen and Sheikh Hasina survived. The terrorists’ monstrous plan did not come true.

A man asks for help as dead and injured victims lie on Bangabandhu Avenue after grenade attack on Awami League rally on August 21, 2004. Photo: Star
From the moment of the attack, BNP and Jamaat, the parties that shared power at that time, tried to blame it on the AL. It came up with the unbelievably cruel, crooked and insensitive idea that the attack was actually perpetrated by AL itself.

BNP did not take any initiative to truly investigate the attack. Rather it did everything to destroy the evidence including the grenades, steer the probe in wrong directions by inventing up one petty pickpocket named Joj Miah who the BNP-Jamaat government said had carried out the attack.

It formed a one-man judicial commission headed by Justice Joynal Abedin which performed a mockery of an investigation to say foreign and local enemies had carried out the attack. Two years later Joynal was elevated to the Appellate Division of the Supreme Court.

The probe report was reviled on the street a further investigation in 2012 asserted that the attack was an outcome of collaboration among militant outfit Huji, influential leaders of the BNP and the Jamaat-e-Islami, and a band of senior officials of the home ministry, police, Directorate General of Forces Intelligence (DGFI), National Security Intelligence (NSI) and Prime Minister's Office (PMO).

This attack and the following behavior of BNP still have a deep impact on our politics. It is probably the moment that defined the relationship between AL and BNP and explains the present attitude of AL towards BNP.

We still do not know how Bangladesh politics will evolve in future under the shadow of this demonic event. But August 21 will haunt us for the foreseeable future ever and remain as a reminder that politics of total annihilation will not win, anywhere.