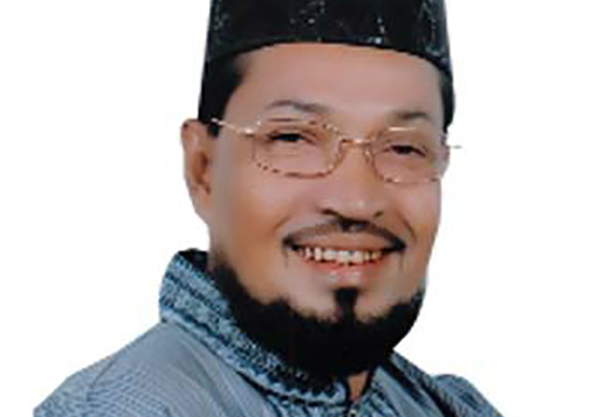 Helali, 56, who suffered three stab wounds on his shoulder and armpit, was admitted to Dhaka Medical College Hospital.

KM Reaz Morshed, resident surgeon of casualty block of DMCH, said Helali was out of danger.

Devotees caught a suspect, Mujahid, 21, from the spot after the incident and handed him over to police, said Helali's driver Rabiul Islam.

Quoting witnesses, he told newsmen at the DMCH that Mujahid hacked the Olama League leader with a sharp weapon when he was putting on shoes at the stairs of the mosque after offering Juma prayers.

Helali was supposed to attend a programme in memory of the August 21 grenade attack victims on Bangabandhu Avenue after the prayers, Rabiul added.

Abdul Jalil, sub-inspector of Paltan Police Station, told The Daily Star that members of Detective Branch of police took Mujahid to their headquarters for interrogation.

Talking to reporters at the DMCH, Sheikh Maruf Hasan, additional commissioner of Dhaka Metropolitan Police, claimed that Mujahid, who was involved in Hefazat-e-Islam, is now a member of banned Islamist outfit Ansarullah Bangla Team.

Mujahid is a student of a Hazaribagh Madrasa, he added.

Meanwhile, Bangladesh Olama Awami League yesterday in a statement condemned the attack and demanded exemplary punishment of the attackers.