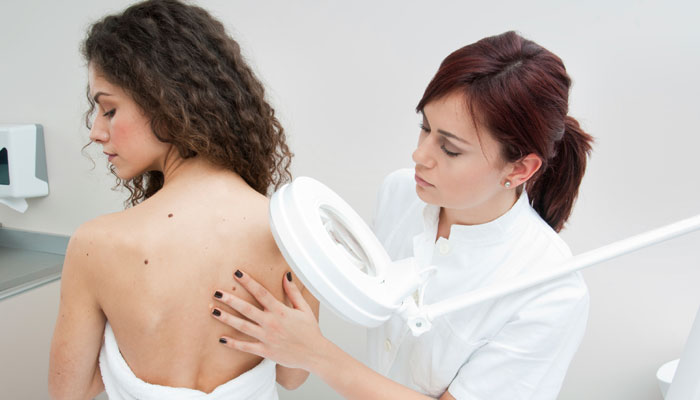 Scientists have for the first time found that a novel combination therapy is highly effective at treating melanoma patients with skin metastases.

Led by Emanual Maverakis of the University of California Davis Department of Dermatology, the research found that Interleukin (IL)-2 combined with imiquimod and topical retinoid therapy in patients with so-called "in-transit metastases" is a promising therapeutic option.

"It's unclear if the recently developed targeted melanoma therapies that have revolutionised management of patients with internal melanoma metastases are useful in patients with metastatic disease limited of the skin," said Maverakis.

"Our results demonstrate that intralesional therapy with a protein that causes immune cells to divide, given in combination with a topically applied immune activator, can be a highly effective treatment for these patients," Maverakis said.

Although intralesional IL-2 has recently been included in the US National Comprehensive Cancer Network guidelines for management of melanoma metastases of the skin, US physicians have not adopted it, according to the researchers.

About 10 per cent of patients with advanced melanoma develop what are called cutaneous metastases, often located "in-transit" to the patients' lymph nodes.

Historically, treatment for these metastatic lesions has been surgical excision with or without radiation therapy, but disease recurrences can still be very high.

For the study, the researchers did a retrospective analysis of patients with either stage III or stage IV melanoma who had history of treatment with IL-2 therapy combined with imiquimod and a topical retinoid.

The patients had been seen by the dermatology service between 2006 and 2015; most were elderly and had other illnesses. Ten of the 11 patients had experienced recurrences of the disease after surgery, and several had failed non-surgical treatments, as well.

The data indicated that all patients achieved complete clinical response to the treated lesions within one to three months of starting the intralesional IL-2-based therapy.

After two years, 82 per cent of the patients in the study were alive, and seven were alive at the conclusion of the study without melanoma recurrence. The remaining five patients died from unrelated causes.

"The favourable outcomes in these patients are encouraging and suggest that the therapeutic regimen may have a survival benefit," concluded Maverakis and the research team.

The study was published in the Journal of the American Academy of Dermatology.