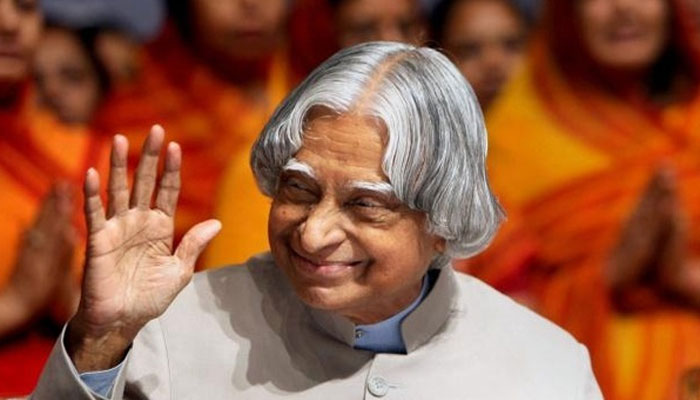 Former president APJ Abdul Kalam was passionate about the ancient Indian medicine system of Ayurveda and was keen to modernise it on a global scale, the chief of an international NGO said here on Tuesday.

Praful Patel, a leading light of the International Ayurveda Foundation (IAF) in India, Britain and Switzerland learnt of Kalam's love for Ayurveda when he met him in Rashtrapati Bhavan in November, 2005.

"We discussed the many challenges facing Ayurveda in India and abroad and sought his advice. He stressed the need to set up an Ayurveda Research and Development Centre, both herbal and non-herbal products," Patel said.

Kalam desired it to be a joint effort of the Ayurvedic community and the Indian government; the centre should provide fool-proof testing and certification of Ayurvedic and other traditional medicinal products about their quality, safety, stability and efficacy.

"Such a multi-disciplinary lab would have qualified and experienced technical staff to operate sophisticated instrumentation, techniques for pharmacognostic, pharmacological, chemical and pharmaceutical standardization, the results of which would be internationally acceptable," Patel said.

The IAF has now developed a project for an Ayurveda Research and Development centre which would be on the lines of western medicines, he added.

Kalam was also keen to increase the production of medicinal plants of which the world produced $68 billion worth, with the Indian share barely half a billion dollars, and China standing far ahead of this country.

"Kalam stressed that India has vast land in southern parts....the eastern states and in Himalayas which could be encouraged for the mass-scale growth of medicinal plants," Patel recalled.

The then president said that if any large company made such an investment anywhere in India, they could encourage the local farming community to join their venture, purchase the medicinal plants directly from them -- something on the lines of the Amul Dairy experiment in Gujarat.

The International Ayurveda Foundation has already prepared a project report on the R&D centre and is hoping to get a syndicate which can achieve both the dream projects of Kalam, he said.

Kalam had penned a book, "Transcendence" on spiritual leader Shri Pramukh Swami Maharaj -- probably his final work -- which was launched in their presence in Gujarat recently (on June 20).

Kalam died of cardiac arrest on Monday, aged 83, while delivering a lecture at the Indian Institute of Management-Shillong.