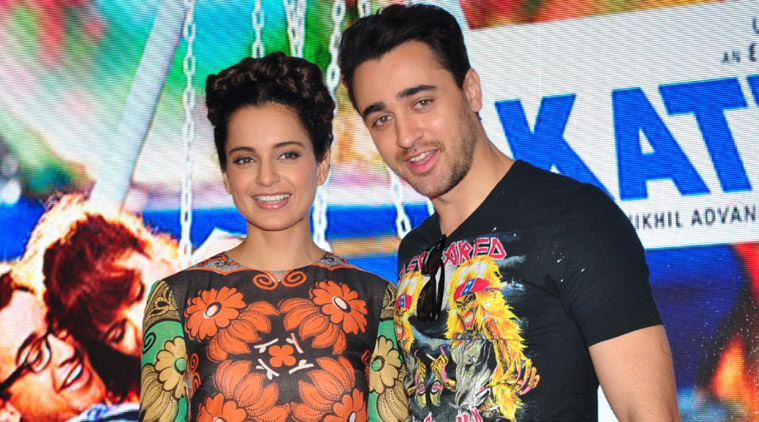 Actors Imran Khan and Kangana Ranaut, who will be sharing screen space in the forthcoming romantic comedy film ‘Katti Batti’, have kissed for over 24 hours while shooting for the song “Lip to lip kissiyan”. The duo kissed in the song for eight hours across three days.

The makers are said to have used stop motion technology for the first time in India. The technology which has been used internationally, has been used in the song ‘Lip to lip kissiyan’, read a statement. “It’s a new technology in India. It was very exciting. The song has shaped up very well. Imran and Kangana both are thorough professionals,” the spokesperson of the film said in a statement.