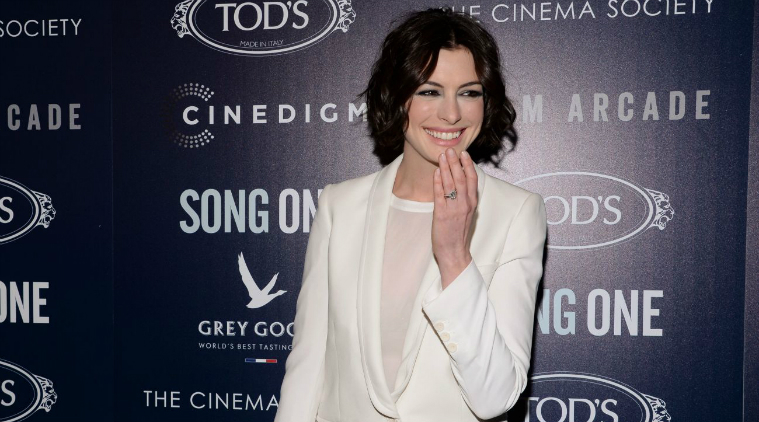 Oscar-winning actress Anne Hathaway has signed on to star in and produce female-centric sci-fi comedy “The Shower”. The 32-year-old “Interstellar” star will produce the film along with her husband Adam Shulman, said The Hollywood Reporter.

“Jac (Schaeffer) has written an awesome sci-fi comedy centred around funny, fully dimensional female characters. I feel so lucky to be a part of the team that will bring her enormously talented and fresh voice to the big screen,” Hathaway said. Schaeffer’s script was on the Blacklist last year, meaning it was tabbed as one of the best, yet-to-be-produced screenplays. The story begins with a bright baby shower, when the guests find themselves under darker skies:

a meteor shower. These meteors, however, turn men into blood-hungry aliens and the women must fight to not only save themselves but also the world. “Anne is the perfect actor to anchor a story that is ultimately about female friendship, with a lot of ass-kicking along the way,” Schaeffer said.