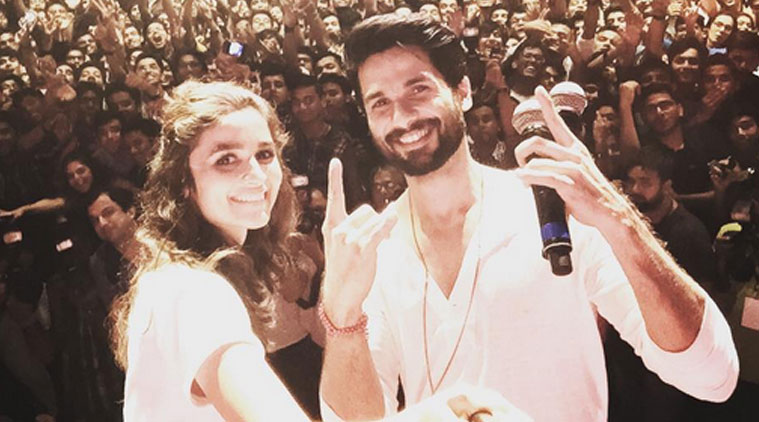 Alia Bhatt and Shahid Kapoor seem to have come up with a Shaandaar strategy to avoid questions related to the latter’s marriage. Everytime someone asks Shahid questions related to his marriage and wife Mira Rajput, Alia Bhatt springs to his defence, literally. The actress comes in between Shahid and the interviewer and disallows the ‘rogue’ question with her in-your-face approach.

Alia did it at the trailer launch of Shaandaar and was at it yet again at an event on Friday ( August 29) where both she and Shahid were invited to meet and greet their fans. The event, which revolved around the theme ‘Make your first move’ gave both fans and the media an opportunity to ask Shahid about his first move in real life.

Shahid being Shahid and not SRK was quite bland in his responses. However, the one that left him speechless was when a fan asked him innocuously as to who made the first move between him and Mira. Alia pressed herself into action and shouted, “No questions related to Shahid’s marriage. We are here to talk about his movie.” Shahid who looked cornered (we wonder why) meekly responded saying, “I am working currently. We will talk about it when I am not working.”