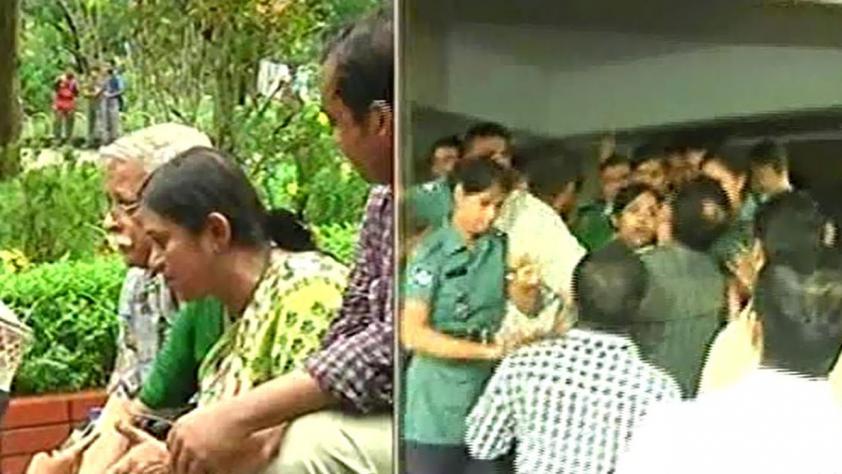 Several teachers including Dr Yesmeen Huq, wife of Professor Zafar Iqbal, is said to have been abused by the ruling Awami League’s student front.

The programme was part of a movement of a faction of teachers, demanding the resignation of the university’s Vice Chancellor Dr Aminul Haque Bhuiyan, reports our Moulvibazar correspondent.

The faction, proclaimed as pro-liberation teachers’ platform, has protested in the past against the VC alleging him of misconduct with some teachers.

Today’s demonstration was to stop the VC from entering his office around 9:00am, according to Syed Shamsul Haque, president of the teachers’ faction.

Some activists of Chhatra League confronted the teachers, said Aktar Hossain, officer-in-charge of Jalalabad Police Station. “Some of the teachers were assaulted.”

Police moved quickly and took control of the situation, he said. “The campus premise has been reinforced with additional police”.

However, university president of Bangladesh Chhatra League, Imran Hossain, denied the involvement of his party activists in the incident. He blamed the “general students” for the attack.