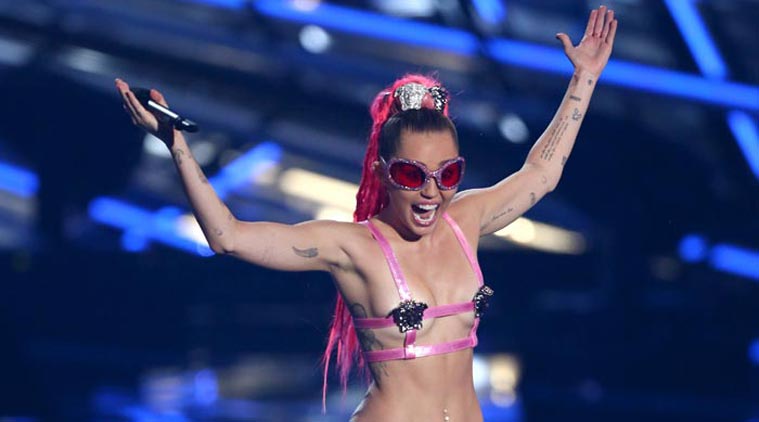 The 22-year-old “When I Look At You” hitmaker, who hosted the show, said the new album was available for free online at MileyCyrusAndHerDeadPetz.com. and also gave a surprise performance alongside Flaming Lips frontman Wayne Coyne, reported Entertainment Weekly.

Featuring songs titled, “I’m So Drunk” and “Slab of Butter”, the album also contains “Pablow The Blowfish”, which she wrote earlier this year for her dead fish.

The album consists of tracks with appearances from Ariel Pink, Big Sean, Sarah Barthel of Phantogram, where she pays tribute to other dead pets Floyd the dog, and her friend’s cat Twinkle.