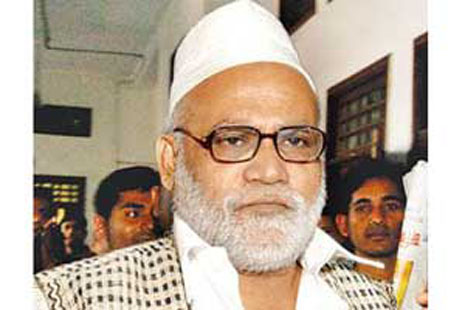 A Special Judge's Court of Dhaka on November 27, 2008 sentenced Hazari to 10 years’ imprisonment and fined him Tk one crore for amassing illegal wealth worth Tk 1.13 crore.

On December 5, 2011, the High Court acquitted him of the charge following an appeal filed by the accused challenging the lower court verdict.

Today, the Appellate Division of the Supreme Court asked the High Court to rehear and dispose of the appeal.

The four-member bench of the apex court headed by Chief Justice Surendra Kumar Sinha passed the order in response to an appeal filed by the Anti-Corruption Commission challenging the High Court verdict.

ACC lawyer Khurshid Alam Khan told The Daily Star that the Supreme Court cancelled the High Court verdict as it did not properly examine the offences committed by Hazari.

The former AL leader will remain in bail until the High Court hold further hearing of the appeal.