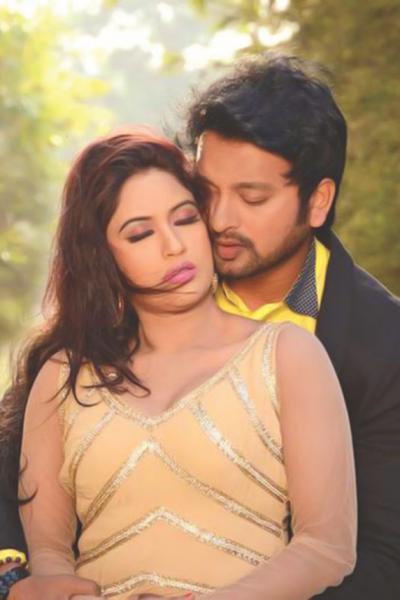 Plot: A lazy man's day dreams of earning millions come to life when he finds a wealthy, aspiring politician's car loaded with money. However, as with such situations, trouble is never far behind.

Review: Simon is a lazy day dreamer, hungry for money and ludicrously large amounts of it, despite being unemployed. Simon's childhood friend Keya harbours loving feelings for him but unfortunately it is not reciprocated by him as he chooses to see her only as a friend. Misha Showdagar is an affluent underworld boss with crores of taka worth of illicit wealth, determined to become an electoral candidate. Willing to stop at nothing to reach his goal, he decides to buy out his competitor for Tk. 100 crore, but an unfortunate, or rather fortunate, set of circumstances lands the car carrying the payload on the hands of Simon. Moushumi Hamid, Misha's sister, crosses paths with Simon when sneaking out of home one night. Incidentally, she falls for Simon, only for him to realize that he has developed feelings for Keya.

The preceding paragraph embodies the utter disappointment the movie is in terms of the story as there is none to be honest. The actresses were depicted glamorously and Moushumi Hamid, in her debut performance, delivers her role with a well-rounded effort but that is where all the good news stops. Misha has offered his usual routine, but how he came to being the underworld boss or how he earned his money is a question left to the ages. The songs lacked the harmony that needs to be there with the film and some of the dance numbers seemed forcefully included. Apart from a few standalone performances by a couple of actors, the movie will leave the audience with a sense of disappointment as there are large rooms for improvement in almost all aspects of the film.