Three-year-old attempting to break board 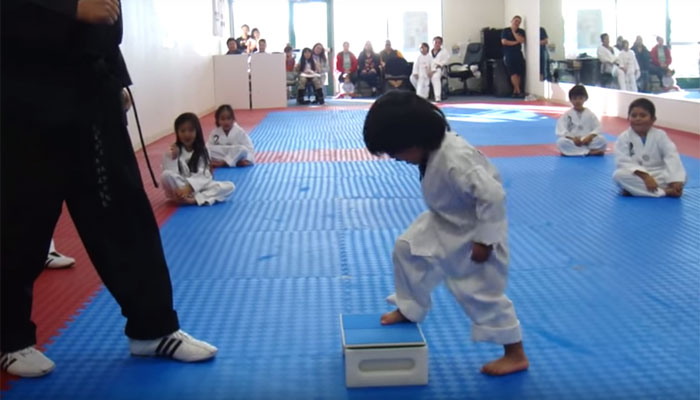 The video of a three-year old making attempts to break a board with his bare foot has gone viral on Internet.

Before succeeding, the toddler makes several attempts to break the board, including stomping on it, kicking and using his hands, evoking laughter from the audience.

Watch this video here to know how he finally managed to earn his white belt: