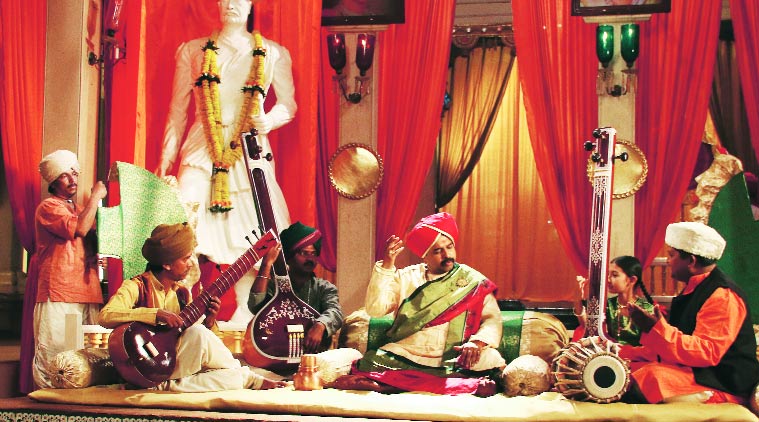 His grandfather’s generation watched the play the first time it was staged 60 years ago, and he has grown up performing its famed bandishes in classical concerts. Katiyar Kaljat Ghusali (KKG) occupies the kind of place in the collective Marathi consciousness as Rabindrasangeet in Bengali, says Shankar Mahadevan. Marathi actor Subodh Bhave has adapted this play into a film, by the same name. Based on the Marathi Sangeet Natak, KKG revolves around the rivalry between two musical greats: Khansaheb Aftab Hussain Bareliwale and Pandit Bhanushankar Shastri.

When Mahadevan along with Ehsaan Noorani and Loy Mendonsa, were offered to score the music for the film, they grabbed the opportunity. After all, it would give them a chance Bollywood rarely offers: to explore a treasure trove of Hindustani classical songs created by Pandit Jitendra Abhisheki. But Bhave had an even bigger role destined for Mahadevan.

When he was offered the role of Pandit Shastri, he couldn’t refuse. “I could relate to his character, his belief in the purity of music and the fact that he was true to himself. It struck me that this may be a role of a lifetime that I may never get again,” says Mahadevan, at the launch of the film at a south Mumbai hotel.

The film’s publicity has almost entirely been built around his acting debut, with pictures of Mahadevan in the attire of an early 20th century royal musician at the venue; classical musician Rahul Deshpande plays Khansaheb. The film follows the clash between the two gharanas and how after years of attempts, Khansaheb finally defeats Shastri in the annual music competition to become the royal singer of the kingdom of Vishrampur.

Mahadevan has always had an air of candour about him — be it his uninhibited singing or in his experiments as a composer. We have seen his assured, confident appearances in music videos ever since his breakthrough 1998 album Breathless.

Hence, his acting debut doesn’t come across as a surprise, as much as it would, had it been the more reticent AR Rahman. His attempt at another art form is also far removed from the flashy, hero-like roles of his colleagues Sonu Nigam and Himesh Reshammiya.