Hazi Selim gets free from ACC 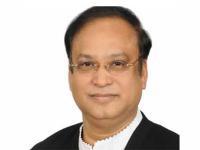 The Anti-Corruption Commission (ACC) cleared, the parliament member of Dhaka-7 constituency, Hazi Selim from an allegation of government property grabbing.
The ACC took the decision as no allegation was found valid against the city Awami League joint secretary.

In a letter in this regard, signed by ACC secretary Maksudul Hasan Khan, was sent to the authorities concerned, including cabinet secretary, senior secretaries of the public administration, parliament secretariat.

Hazi Selim has finally been exempted from the charge borught by ACC after four years of investigation.

The ACC sources said Syeda Nahida Kashem Ali, the only daughter of Syed Kashem Ali, was owner of a building at city’s Green Road. The building is being used as rest house of the Water Development Board since the War of Independence. Later, the government declared it an abandoned structure in 1986.

Later, one Md Ibrahim Mia sold it to Hazi Selim in 1998. Hazi Selim’s Madina Group built a multi-storeyed building demolishing the old building.
The anti-corruption watchdog could not find anyone related to the ownership of the land. Even the court then could not identify Nahida Kashem.

In an investigation, it is found that Md Shafiqullah is now living in Canada with his family while Ibrahim Mia died in 2014.