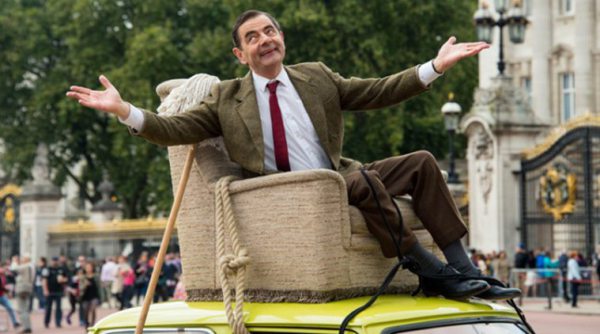 It has been 25 years since Rowan Atkinson first introduced the world to the affable “Mr Bean” and he marked the show’s milestone anniversary with a celebration at Buckingham Palace, London.

In pics: Rowan Atkinson Celebrates 25th Anniversary Of Mr Bean The 60-year-old actor-comedian rode up to the London landmark in character, atop his famous 1976 British Leyland Mini 1000, reported Entertainment Weekly. The arrival recreated a memorable scene from the show, in which Mr Bean packs his vehicle so full of shopping purchases that he needs to find an alternative way to drive it.