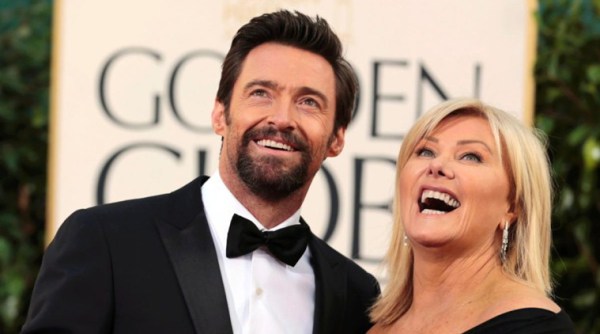 Actor Hugh Jackman says he was initially “embarrassed” when he fell in love with his wife, Deborah-Lee Furness, on the set of their TV show “Correlli” in the 90s.

The 46-year-old “The Wolverine” star, who got married in 1996, met his wife on the set of his first professional acting role on the TV show and said it felt “ridiculous and cliched” to fall for the “leading lady”, reported Female First.

“We got on well with each other from the start. And it was a situation where it seemed so ridiculous and cliched and embarrassing and infantile, the whole thing where this was my first big acting job and here I am falling in love with the leading lady,” he said.