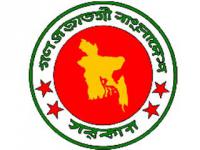 Country’s public university teachers are not happy with the new pay scale announced Monday and that is why they would observe their scheduled work-abstention programme Tuesday in all public universities.

After the announcement of the new pay scale, the cabinet secretary, Muhammad Musharraf Hossain Bhuiyan, told a media briefing that the demand of the university teachers were discussed with “utmost importance” in the meeting as the cabinet is well aware of the dignity and the responsibility of the teachers.

And that is why, he said, the cabinet committee for addressing disparity in the government pay structure was asked to review the demand of the university teachers.

He assured that the university teachers would not be affected by the new pay scale.

When approached, Bangladesh University Shikkhak Samity Federation general secretary ASM Maksud Kamal told Prothom Alo that the new pay scale has created a new grade called ‘super grade’ which would cause disparity in the pay structure.
“As the demand of the teachers has not been met, the work-abstention programme will be observed in all universities on Tuesday,” he said.

Asks the Bangladesh government to take a strong position against killer:Denmark

Tonu murder sad every part of the army, says ISPR