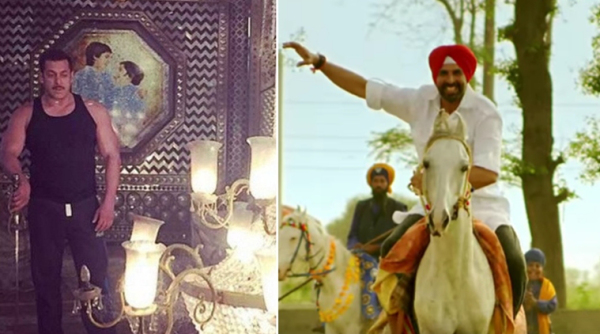 After ‘Bajrangi Bhaijaan’ in Eid, now it is Diwali that the fans of Salman Khan are eagerly waiting for. However, even the first look of his upcoming film ‘Prem Ratan Dhan Payo’ hasn’t been released. While speculations are rife about the first look poster being released along with Salman Khan’s production ‘Hero’, we now hear that the trailer of ‘Prem Ratan Dhan Payo’ will be attached to ‘Singh Is Bliing’.

The Akshay Kumar starrer ‘Singh Is Bliing’ is releasing on October 2 and the trailer is said to hit the multiplexes, cinema hall and even the small screens on the same day. However, it is being said that online audience will get a glimpse of Salman Khan’s upcoming film, three days in advance that is on September 30, as the makers are planning an online release.